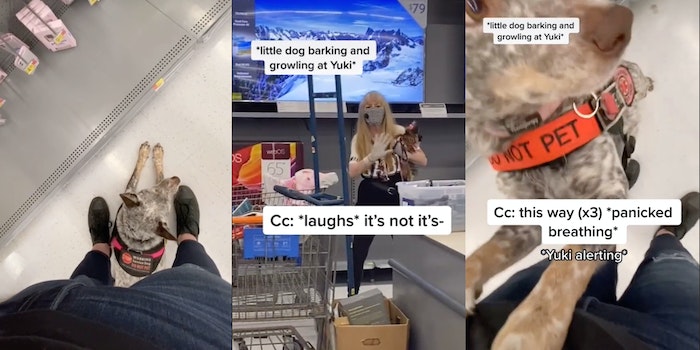 Video: Karen takes her non-service dog to Walmart and causes a scene (updated)

The viral TikTok has more than 11 million views.

The holiday season is still lingering, which might bring some people to expect a moment of peace from the Karens and Kens of the world. If you expected them to take a momentary break from causing drama wherever they go, however, you would be wrong.