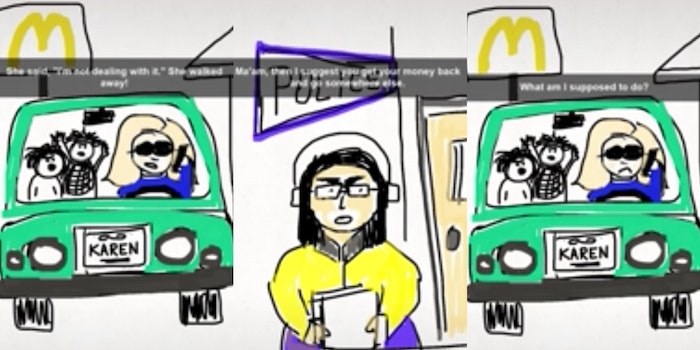 Karen calls the cops because she wants a western bacon cheeseburger

'Ma'am, we're not going to go down there and enforce your western bacon cheeseburger.'

You remember that hilarious 911 cheeseburger phone call? Per Snopes, it was first found on the internet in 2005 but has made its rounds every once in a while as a reminder that Karens are eternal.