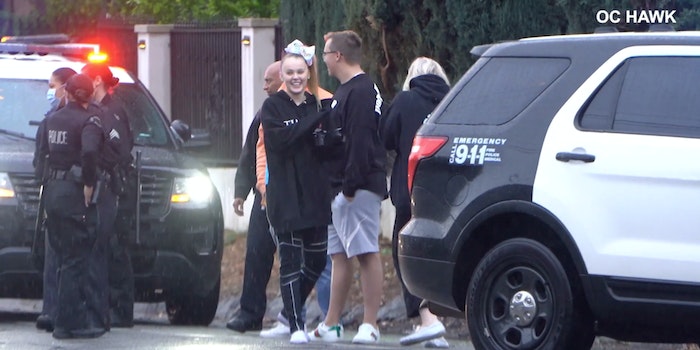 At least seven police vehicles could be seen at her home.

JoJo Siwa was swatted at her home in Los Angeles, according to Pop Crave. The 17-year-old just on Saturday opened up about coming out on Instagram Live.