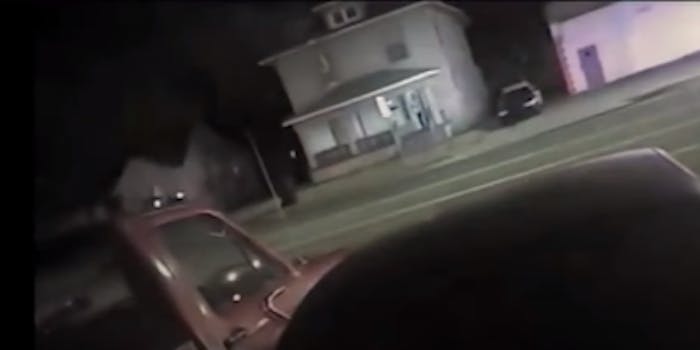 The alleged swatter is not the only person being blamed.

The family of a man who was killed by a SWAT team following a false 911 call is suing the city of Wichita and the police officers who responded to the call. Late last year, 28-year-old Andrew Finch was slain by police gunfire after a hoax emergency call claimed he had fatally shot his father and had taken the rest of his family hostage inside their home.

In reality, Finch had done nothing of the sort. The situation reportedly arose due to a dispute between two players in an online game of Call of Duty, an argument which Finch was in no way aware of or involved in. One of the two players allegedly provided the other with Finch’s home address, suggesting it was their own and challenged them to “try some shit.” This ultimately led to the fake 911 call.

When police arrived at the scene and Finch opened the door, he was quickly shot to death. His mother, Lisa Finch, described the events to CBS News.

“They didn’t knock on the door. My son opened it because he heard something. He screamed and then they shot him,” she said.

Wichita cop who pulled the trigger in the first fatal swatting is being sued by the victim's familyhttps://t.co/8hoczVz1VE pic.twitter.com/QqcHSiyMhI

Finch’s family is now suing the city and the officers for unspecified damages. The practice of calling in knowingly false emergencies to elicit an armed police response is known as “swatting,” and it has a long and grim history on the internet. The main motivations for swatting are aggression, revenge, or retaliation―by luring a bunch of heavily armed cops out to an innocent person’s home, so the thinking goes, that person will be terrified.

Needless to say, it also carries a considerable risk of somebody getting killed, which was exactly what happened in Finch’s case. While details regarding the suit are scarce—it does not name the man who allegedly arranged the swatting—a 25-year-old California man named Tyler Barriss has been charged with involuntary manslaughter over the incident. But the Finch family’s lawyer, Andrew Stroth, claims the city is trying to whitewash law enforcement’s responsibility by shifting blame onto Barriss.

“Wichita leadership is trying to put all the blame on the young man in California who placed the swatting call,” he told CBS News. “But let’s be clear: The swatter did not shoot the bullet that killed Andy Finch. That was an officer working under the direction of the Wichita Police Department.”