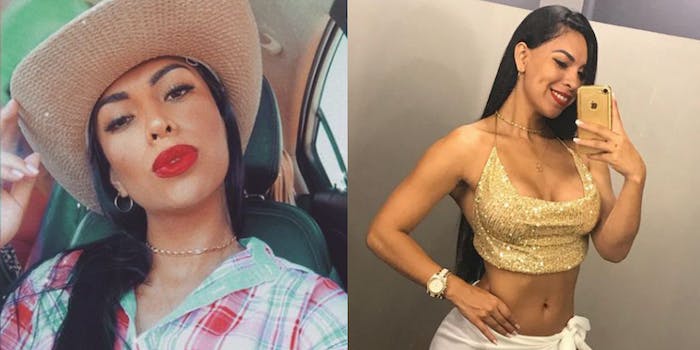 Influencer and her boyfriend fall to their deaths, incident caught on video and reportedly being investigated as murder-suicide

The person filming the video, from below, can be heard yelling before it abruptly ends.

This story contains content regarding possible domestic violence and suicide.

Influencer Sarah Arauco and her boyfriend reportedly fell to their deaths in an incident that was partially caught on camera on April 27. Their deaths are being investigated by police in Bolivia as a possible murder-suicide, according to the Daily Mail.

Both Arauco and Dagner Rojas, her boyfriend, reportedly died on impact after falling 12 stories. Two videos reportedly captured Rojas’ fall. The person filming the video, from below, can be heard yelling before it abruptly ends.

According to the Daily Mail, Arauco was the first to fall. Prior to their deaths, neighbors said they heard Arauco and Rojas arguing with each other, according to local newspaper Milenio.

Arauco and Rojas reportedly had plans to get married in May. The couple is reportedly well-known among locals, and they first came into the limelight in 2009 when they appeared on Calle 7, a now-discontinued show, up until 2013. Arauco has over 26,000 followers on her Instagram account, where she documented her fitness journey and shared her modeling work. There, she also reposted videos from her TikTok account, where she boasted over 200,000 followers. According to her Instagram bio, Arauco was studying law.

The investigation into their deaths is ongoing, and the public will reportedly be updated on any developments by the district attorney.