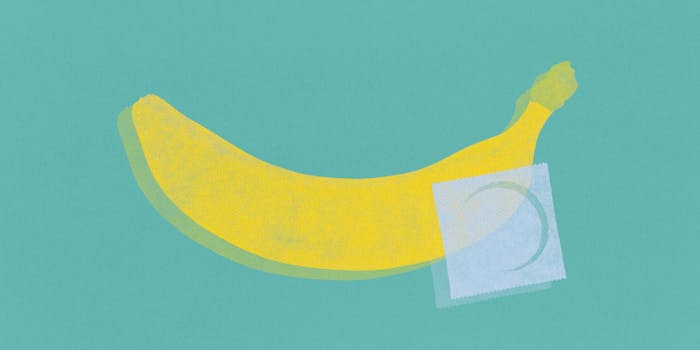 The craziest thing is, it started a not-terrible conversation about consent.

A harassing text exchange from a woman refusing to accept that a man didn’t want to have sex with her is causing quite a conversation today. 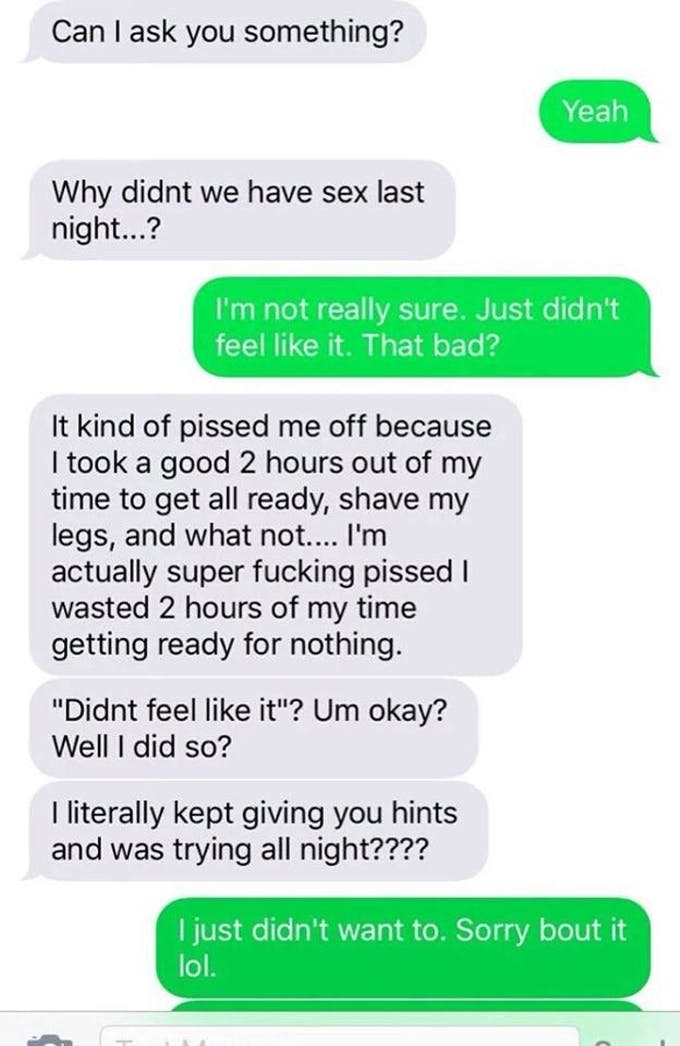 Imgur user JediMindFlicks, who has otherwise mostly uploaded photos of refrigerators, posted the exchange between the two anonymous parties on the photo-sharing site yesterday. It begins with the woman asking, “Why didn’t we have sex last night?”

“I’m not really sure,” the man responds. “Just didn’t feel like it. That bad?”

It devolves from there, with the woman upset that she “was literally giving hints all night” and that she “took a good 2 hours out of my time to get all ready, shave my legs, and what not.” 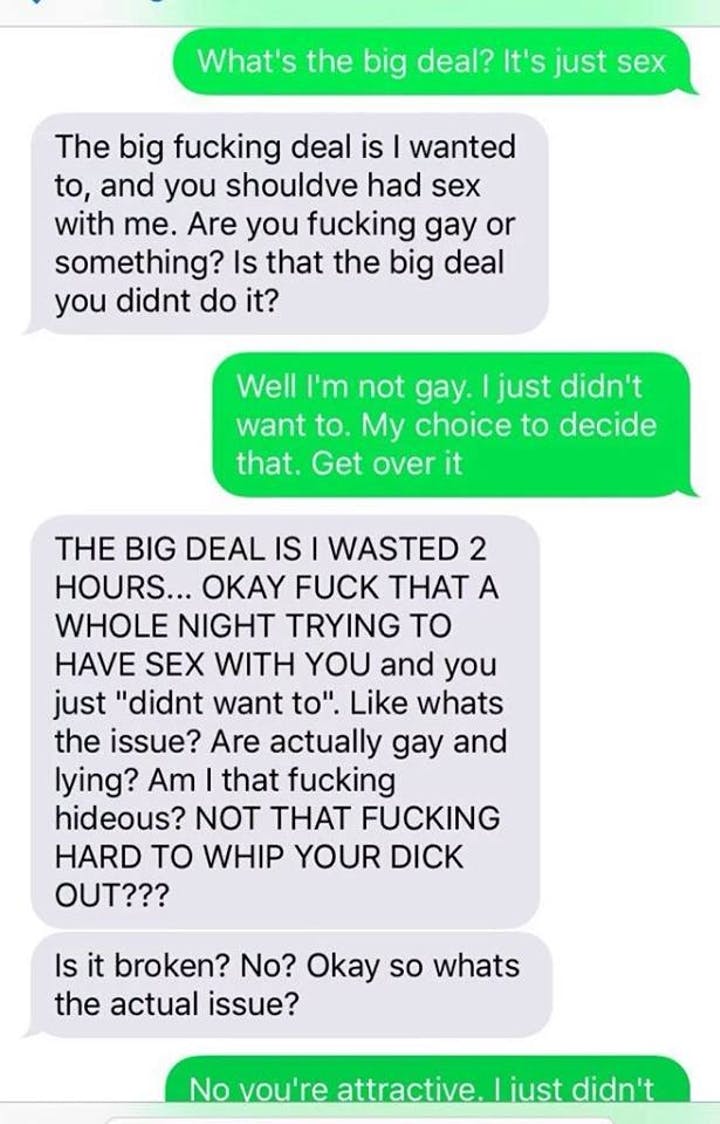 When she doesn’t get what she wants, she continues to berate him. “Are you actually gay and lying? Am I that fucking hideous?”

He tells her, “No you’re attractive. I just didn’t want to…I don’t need a reason.” 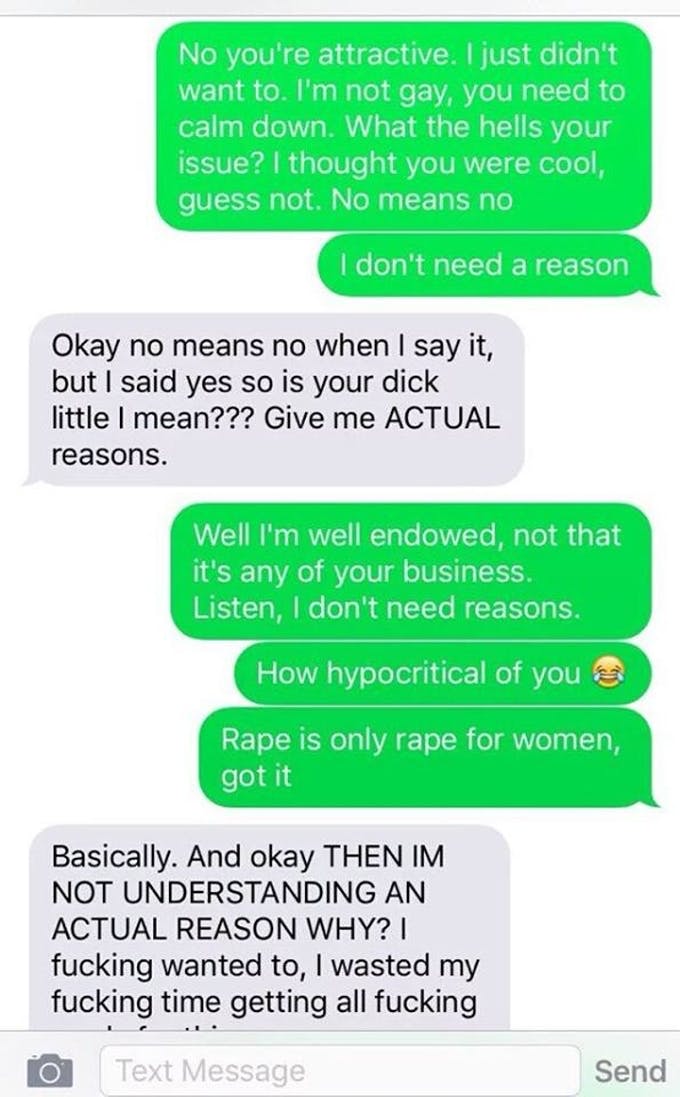 She keeps on with the abusive language until he eventually shuts her down with: “How hypocritical of you…Rape is only rape for women, got it.”

The posted exchange spurred a 1,400-plus-comment thread on Imgur, and nearly just as deep of a thread on the article Daily Mail wrote about it.

Some called it out as fake and made jokes (“Must have been some hairy ass legs to take 2 hours to shave them”). Others dropped “crazy lady” bombs all over the thread. A few used it as an excuse to knock women and equality in general (“I love the feminist denial on Imgur. This isn’t ‘why we need feminism,’ this is a direct result of it”).

But most, surprisingly, gave measured responses:

“Real or fake withstanding; if this is real I do have hope that people like that have the ability to learn and emphasize eventually at least.”

“I get why people would think this never happened. But just switch the genders around and think about how your comment would sound then.”

Unlike most online threads about sexual harassment, consent, and rape, this one instigated more of a conversation, instead of irate rants. There was nary an actual rape threat in the bunch.

JediMindFlicks did not return our request for comment, so it remains unclear if and when this exchange actually went down.

But even if the whole thing was made up, it likely did what it set out to do—start a productive conversation about consent between both women and men.