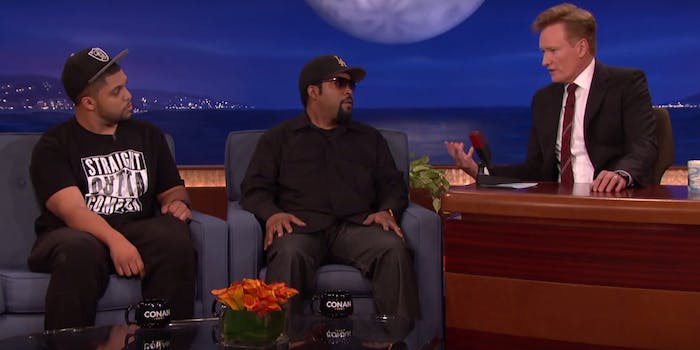 Who better to comment on this issue than one of the writers of 'F*** tha Police'?

N.W.A.’s “F*** tha Police” came out 27 years ago, but it’s still incredibly relevant today. Appearing on Conan to promote the movie Straight Outta Compton, Ice Cube weighed in on changing attitudes toward police brutality, sharing how it felt to write such a famous anthem on the topic.

“I mean, it doesn’t feel good that the issue is still relevant,” he said. “I thought we were speaking on something people didn’t know about, and we realized that people knew about it but just kind of brushed it under the rug.”

“Now you’re seeing it more and more,” he said, “I just think we’ve got to hold people accountable, you know, whether they’re in uniform or out of uniform.”