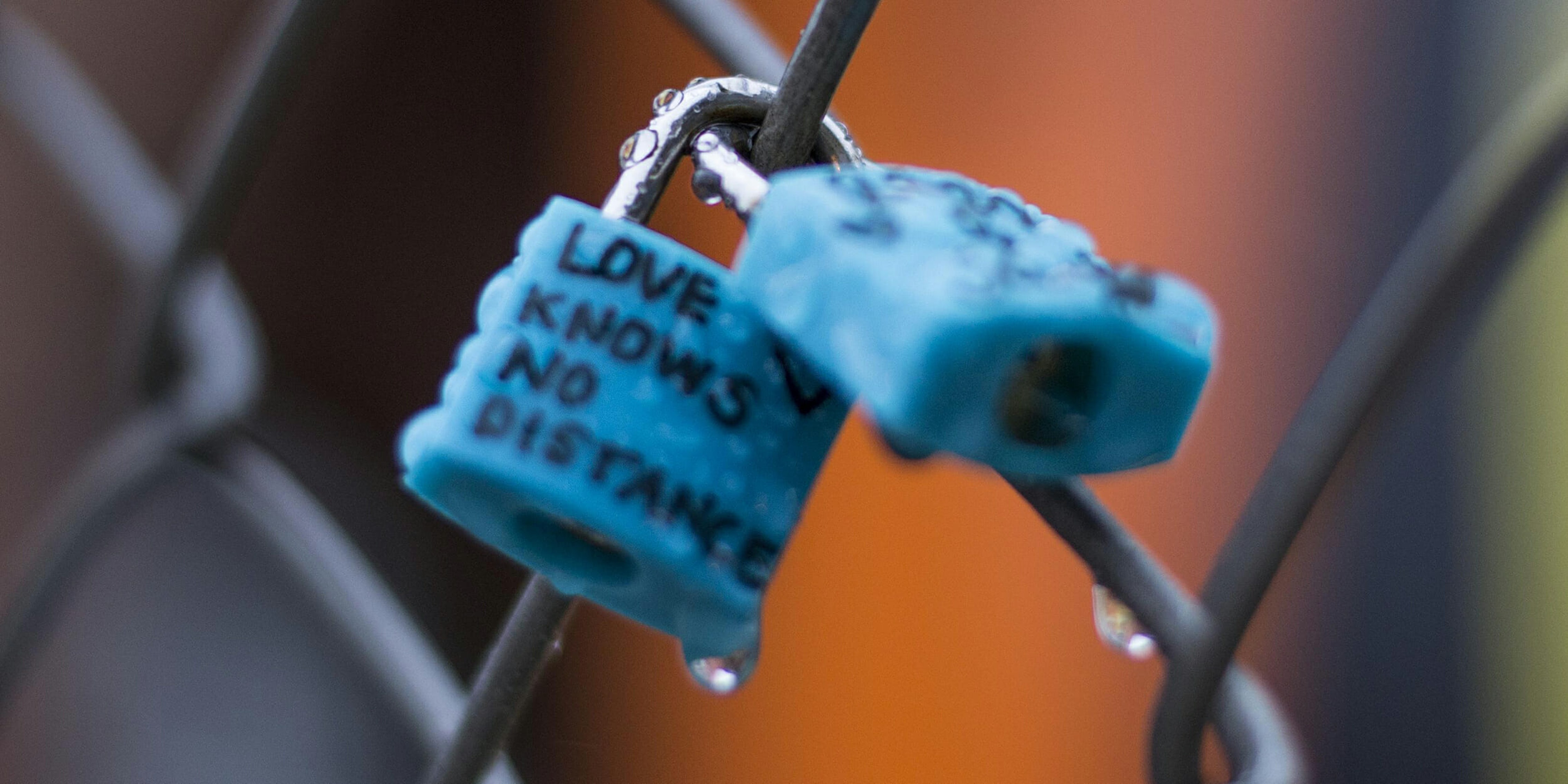 How to make long-distance relationships work, according to a dating coach

If you’re in a long-distance relationship, you’ve likely experienced this moment: Your long-distance status is mentioned, and a stranger answers, enthusiastically, “Aw, that’s OK, at least you have FaceTime!” While that’s true, staring at your partner’s face on your phone isn’t the magical technological solution to making a relationship work across states or even countries.

Sure, technology has helped long-distance relationships become practical and achievable; they are no longer the romantically doomed endeavors they once were. But that’s not to say it isn’t still a challenge. After all, according to the basic science behind the proximity principle, individuals are much more likely to form and maintain lasting relationships with those who are close by.

How to make a long-distance relationship work

You’ve probably been told a million times that communication is key, which pertains to almost everything in life including relationships with miles in between them. Finding the most effective ways to communicate how you feel within—and what you want to get out—of a relationship is key to strengthening your connection and resolving conflict.

In a 2013 study that surveyed people’s texts, phone calls, and other forms of digital communication, researchers at Cornell University and City of Hong Kong University found that partners in long-distance relationships demonstrate equal or even more trust and satisfaction than partners who are geographically close. According to the study, if a long-distance couple practices open communication, it can bring them closer together since they disclose more about themselves freely and more frequently.

According to Lisa Shields, a professional dating coach based in Los Angeles, when it comes to conflict, it’s important not to make assumptions and speak up if something rubs you the wrong way in a relationship. Sweeping a situation under the rug could later cause resentment in the relationship, leaving it to eventually fall apart.

“Couples should really stay connected every single day if they are long-distance,” Shields told the Daily Dot. “You have to communicate. If something goes wrong, you need to address it right away and not let things build up.”

Setting boundaries and rules in a relationship are especially important when dating with distance. And it’s not about forbidding your significant other to go out clubbing or not allowing them other basic freedoms. (If this becomes the case, this kind of control could be a sign of an abusive relationship.)

Setting boundaries with your long-distance partner about should be focused on exclusivity and communication expectations. The goal is to to make your relationship stable in its own right. Yours might not look like other relationships, but it should feel right for you. Make sure to have a clear conversation about monogamy with your partner. Talk through whether or not you both should delete your dating apps, or how frequently you want to see each other in person. Setting boundaries upfront can make all the difference.

While dating in the digital age presents its challenges—navigating dating apps, ghosting, and hookup culture—technology can actually benefit long-distance relationships. For starters, FaceTime or Skype your partner regularly to maintain the connection where a simple text or phone call won’t do your relationship justice.

“There are three parts to communication: the words you’re saying, the tone and speed of your voice, and your body language,” Shields said. “When you’re texting you’re missing two of the biggest components, and words are 20 percent of the whole message. That’s why so much gets lost in text or social media because you’re not getting the full message from somebody.”

Set regular days and times to take a break from your hectic day and focus on each other for some actual face-to-face interaction. Plus, seeing each other’s faces will be way more comforting than just a text that says “ILY, babe.” But those are nice, too.

If you lived in the same city, you’d probably schedule times to go out on a special date night IRL. So why would you let distance get in the way? Pick a movie on Netflix, play a board game, or simply eat dinner on your couch while FaceTiming each other so it feels like you both are in the same room. Check out long-distance Netflix hacks like Netflix Party, a plugin that syncs up your streaming so you’re both watching at the same time. You could both go out to see the latest movie in theaters at the same time and discuss afterward (on the phone) over a dinner. It can be a fun challenge to get creative here, so don’t be afraid to try something far-fetched.

5) Talk about the future

Unless you prefer to keep the distance in your relationship permanent, your end goal is probably to wind up in the same city.

Moving for love is fairly common. Nearly one in five people have made the leap of faith according to a 2017 study by Homes.com. Of those who uprooted, nearly 44 percent moved 500 miles or more to be with their significant other.

“It’s important after a certain benchmark of 6 to 8 months you start talking about plans for the future and moving to the same city,” Shields said. “You have to ask those questions because if you’re just sitting there waiting and going along with it, the relationship will eventually fizzle out.”

If making the big move isn’t realistic at this point in your relationship, try planning a fun vacation for you and your partner to spend time together. The trip will give you both something to look forward to, and you’ll have quality time in a new setting you both can explore together. It’s a win-win.

6) Get creative with your relationship

Spicing up a relationship can take some planning, work, and little extra thought if you are wanting to heat things up in the bedroom. However, dating long distance, especially in a monogamous relationship, is challenging when it comes to sex.

“If you’re in a closed relationship, it’s a good idea to have phone sex,” said Shields. “Part of it is to have fun and make it exciting. You could make a package and send a sexy outfit or memento in it, it could be a blast.”

Being long distance doesn’t mean you have to say goodbye to sex, after all, there are many options for self-pleasure. Just think outside of the box and have fun with it.

It’s hard enough to maintain a meaningful connection in the same city, even more so long distance. Talk with your partner about setting daily routines, or “rituals of connection,” that show one partner that the other is thinking about them.

“When you’re dating long distance it’s so important to have that ‘good morning’ text, that phone call at the end of the day, or even make a habit of sending some memes or funny little jokes to each other,” Shields said.

Having that daily connection will make you excited to wake up in the morning or look forward to their phone call during your lunch break to spill the tea on how your coworker just said another controversial thing during a morning meeting. And it doesn’t always have to involve hordes of daily texts or phone calls — a routine can be weekly, like watching your favorite movies on Netflix at the same time long-distance or FaceTiming every Sunday morning.