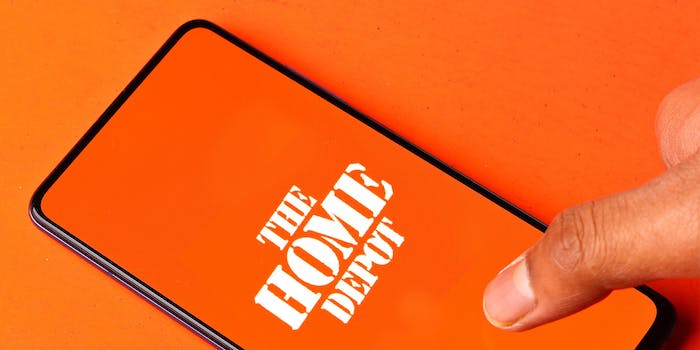 'It would've been 1000 times easier for everyone involved to just give you store credit and move on.'

Businesses are always on a quest to reduce costs and increase profits, but there are a variety of approaches different corporations take to achieve this goal.

Take Costco, for instance. The warehouse-style retailer has oft been praised for its treatment of employees, which includes more competitive wages, insurance benefits for even part-time workers, and customer service policies that have attained an almost mythical status. Oh, and they’ve managed to consistently be profitable, even during recessions.

Then there are companies that operate a bit differently, like trying to offload their customer service branches to sub-contracted companies. While employees at these contracted companies have access to some customer data and store policies, it’s obvious when they are reading from a script or canned response, so you often feel like you’re talking to an automated system with a pulse.

This can lead to all sorts of frustrating and baffling retailer/customer interactions, like this one chronicled in a now-viral TikTok between a customer by the name of Matt and the Home Depot.

@matt_chaynegang @TheHomeDepot you have until 1pm tomorrow to stop this. #homeimprovement #DIY #homedepot ♬ The Home Depot Beat – The Home Depot

Matt (@matt_chaynegang) shared a screen recording of his text conversation with a Home Depot customer service representative regarding an order of pine straw mulch. If you aren’t familiar with the material, it’s similar to texture in hay and is often used to decoratively adorn lawns or exterior entry ways to folks’ properties.

Because it’s an aesthetic design choice, it’d be understandable that someone would want their pine straw to contain only pine straw and not a bunch of sticks, pebbles, leaves, or anything else that would spoil the look of the material.

Unfortunately, that wasn’t Matt’s experience when he unrolled some bales of pine straw that he had purchased from the Home Depot. About 240 square feet of the stuff. Matt hopped on a text conversation with a representative from the Home Depot to discuss his issue: 2 of the 6 bales he bought were filled with sticks, leaves, and other debris. He asked for store credit to purchase two more bales, as he had no idea how he’d go about returning 240 square feet of unrolled pine straw.

The customer service rep who responded to his query offered up a solution that befuddled Matt: he asked the TikToker to gather up all of the pieces of pine straw and physically bring them to a Home Depot location.

In case you’re wondering why Matt, in his text conversation with the Home Depot employee, was in disbelief, he shares a photo of unrolled pine mulch in his video. Pine straw is loose and difficult to collect once unrolled.

The worker asks Matt to gather up all of the pine straw into a box to return it to a Home Depot. When the TikToker asked where he would get the boxes, the customer service rep suggested he go to a grocery store and see if they were throwing out any cardboard containers he could then bring back home to fill up with the debris-afflicted pine straw. Matt continued to express his shock.

While Matt didn’t decide to knock on the doors of supermarkets to get boxes, he used plastic bins to do exactly as he was instructed by the customer service rep. He loaded up his car with the bins full of pine straw and decided to drive to his local Home Depot store.

Tons of TikTokers who saw the first clip were eager to watch Matt’s follow up, and he delivered. He recorded his drive to the Home Depot along with his interactions with customers and employees who seemed just as confused as he was about returning the pine straw.

@matt_chaynegang Reply to @nerf Part 2 is here… for the record.. the associates at the store were absolutely amazing! If I go back to HD it will be because of them. Also received a call from corporate apologizing for their rep. #diy #homeimprovement #homedepot ♬ original sound – Matt

His thanked the staff at the Home Depot store for commiserating with his situation in the video’s caption. He says a representative from corporate also gave him a call to apologize for the service rep’s bizarre suggestion.

“The associates at the store were absolutely amazing! If I go back to HD it will be because of them. Also received a call from corporate apologizing for their rep,” Matt wrote.

The Daily Dot has reached out to Matt to learn more about his Home Depot debacle.