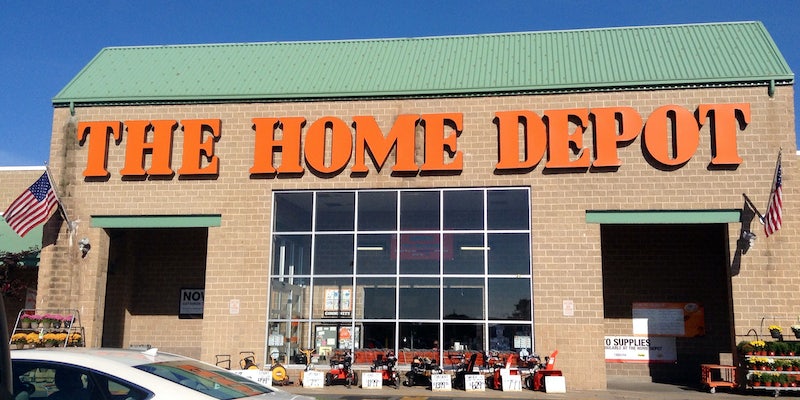 The co-founder of Home Depot has sparked outrage after claiming that he will donate funds to President Donald Trump’s reelection campaign for 2020, prompting the hashtag #BoycottHomeDepot.

Bernie Marcus, who had also donated to the president’s 2016 campaign, recently told the Atlanta Journal-Constitution that he would donate again this year.

He said even though he believes the president “sucks” at communication, he has done well in generating jobs, addressing China about trade, and taking steps regarding policies with North Korea and Iran.

But Twitter users aren’t happy about it. The AJC article was published on June 30, and on Monday evening, #BoycottHomeDepot was trending on Twitter.

If you plan on buying a hammer, wood, or ANY home improvement items from Home Depot, you may as well send donations DIRECTLY to trump's 2020 campaign.

My local HomeDepot was 2nd on my list of most visited stores behind Target. Third was IKEA (still suffering flashbacks from that)

Hi. I’m a liberal. I’m also a woman. I go to a hardware store 1-2 times a week. I can also use power tools, fix a toilet & kick your ass. #BoycottHomeDepot https://t.co/eQrRjqgSWE

No. Because in case you didn’t understand us the first time – we are boycotting Home Depot and going to other hardware stores. Try to keep up Nicky.

Well I’ve been to @HomeDepot plenty and I’m boycotting them for @Lowes. And it looks like the boycott is working according to the numbers. Also, kinda sad you haven’t practiced Yoga before – from the looks of your page and views, meditation will benefit you. #BoycottHomeDepot https://t.co/hagZHu98eh

Many tweeted about taking their business to Home Depot competitor, Lowe’s.

But that might be disappointing news to them as well, since Lowe’s made significantly higher donations to Republicans in 2016 than to Democrats, according to OpenSecrets.

People are taking more direct action against organizations that are associated with the president’s policies such as hosting migrant children in crowded facilities. Wayfair employees recently staged a walkout as the company was profiting off selling beds to migrant children detention centers.

The Atlanta billionaire, however, retired from Home Depot in 2002, which many pointed out on Twitter as well. But he’s remained a staunch Republican supporter and donated $7 million to Trump’s 2016 election campaign, according to Business Insider. He’s also reportedly made his political stance more vocal over the years; he told Fox News that Democrats “don’t have any brains” in a discussion about Trump’s tax cuts.

He told the AJC that most of his donations, however, have gone to philanthropic causes over political ones, though he plans to donate more to political causes in the future. Marcus’ other causes include an autism center, trauma center, stroke and neuroscience center, and the Georgia Aquarium.

Update 1:10pm CT, July 9: “Bernie retired from The Home Depot more than 15 years ago and isn’t speaking on behalf of the company. In fact, as a standard practice, the company does not endorse Presidential candidates,” a Home Depot spokesperson told the Daily Dot via email.