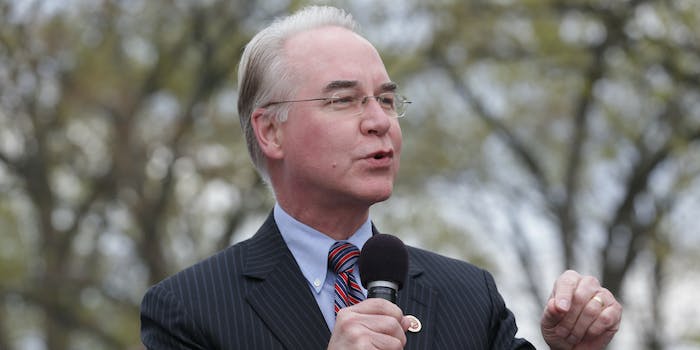 You can probably say goodbye to no-co-pay birth control.

In his statement, Price commended President Donald Trump‘s stance on “religious liberty” with the signing of his latest executive order, which promotes the political activism of churches and religious organizations. The order also allows groups to be excused from the Obamacare mandate that employers provide contraception coverage on the basis of religious freedom.

“We will be taking action in short order to follow the president’s instruction to safeguard the deeply held religious beliefs of Americans who provide health insurance to their employees,” Price wrote.

Of course, given that the executive order has already determined that religious groups be pardoned of the mandate, this announcement of “reexamination” appears to be a formality. As it stands, the latest American Health Care Act bill, which passed in the House yesterday, will also allow states to determine which specific “essential benefits” employers want to cover, including, among other things, contraception.