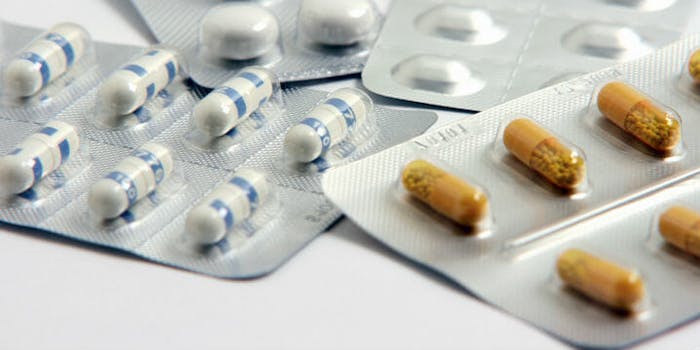 States could opt out covering pregnancy—and sexual assault could be considered a pre-existing condition.

House leaders and the Trump administration worked hard Wednesday to lobby for the votes needed to pass the latest bill to repeal and replace Obamacare. Now, CNN reports, the House is expected to vote on the American Health Care Act (AHCA) sometime today.

At the center of the new bill is the controversial MacArthur Amendment, an addition to the previous healthcare replacement bill that failed in March. The amendment, co-sponsored by Rep. Tom MacArthur (R-N.J.) and Rep. Mark Meadows (R-N.C.), would allow states to obtain waivers to charge higher premiums to those with pre-existing conditions—a stipulation that was protected under Obamacare. On Wednesday, Rep. Fred Upton (R-Mich.) and Rep. Billy Long (R-Mo.) went to President Donald Trump to address their concerns about what the waiver would mean. According to CNN, they emerged with Trump’s support for another amendment that would add $8 billion in funds over five years for patients with pre-existing conditions in states that take the waiver and charge higher premiums.

While the MacArthur Amendment was introduced to appease Freedom Caucus ultra-conservatives who were afraid AHCA was too similar to Obamacare, the new Upton-Long amendment hopes to get Republican centrists on board.

Pool or no pool, though, critics say that AHCA’s pre-existing conditions waiver allows states to discriminate by gender. “Medical issues” that states can consider pre-existing conditions include: postpartum depression, C-sections, sexual assault, and domestic violence. Under AHCA, states can also decide what is considered “essential benefits,” such as coverage for pregnancy, maternity care, and birth control.

According to the Center for Disease Control and Prevention, one in nine pregnant women experiences postpartum depression or post-childbirth depression; one in five women in the U.S. have been sexually assaulted. Not to mention that a 2016 study by the Kaiser Family Foundation found that more than 52 million Americans have a pre-existing condition that may mandate the need for health support.

Though the language of the MacArthur amendment explicitly states, “Nothing in this Act shall be construed as permitting health insurance issuers to discriminate in rates for health insurance coverage by gender” and that it won’t “limit access to health coverage for individuals with preexisting conditions,” critics of the bill say the bill does just that.

On Wednesday evening, CNN reported that Majority Leader Kevin McCarthy (R-Calif.) came out of a meeting with Vice President Mike Pence confident. “We will be voting on the health care votes tomorrow. Because we have enough votes. It’ll pass. It’s a good bill,” he said.