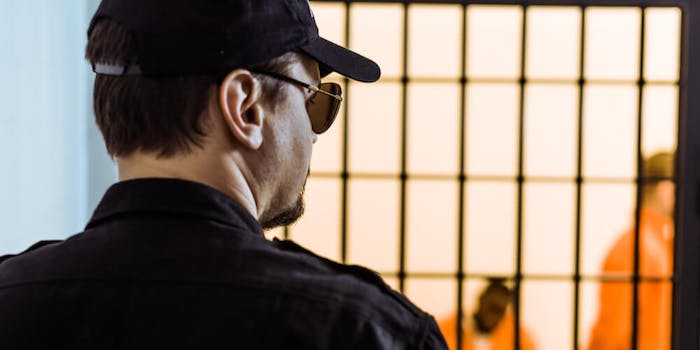 Some shared medical information of inmates under their care.

A review by the nonprofit Injustice Watch has found that at least 25 Illinois Department of Corrections employees participated in conversations that mocked transgender inmates and shared their personal and medical information in private Facebook groups.

According to a joint report by Injustice Watch and BuzzFeed News, the employees incriminated in the investigation include low-level officers, sergeants, lieutenants, a parole officer, and a counselor. The posts and comments were in two private Facebook groups. Both groups are named “Behind the Walls” and explicitly state they are for former and current employees of the Illinois Department of Corrections. One group’s description says, “snitches will be permanently banned from the group. No warnings, no second chances.”

Many of the conversations about LGBTQ inmates were on articles posted about Strawberry Hampton, a transgender woman who filed two lawsuits against the department alleging transphobic abuse. In one comment, an officer identified as Kenneth Mottershaw called Hampton a “he” and wrote, “Transgender’s are a fucking joke in my view.” Another correctional officer wrote of Hampton, “Hell, give him clemency….then the state can stop paying for the dumb bastard’s hormones and psych meds.”

Some employees didn’t stop at demeaning comments, however. They shared personal and medical information about trans inmates under their purview. One member whose name matches that of a current sergeant gave a detailed description of the medical situation with a trans inmate at his facility. His comments reportedly gave specific details about the appearance of the inmate’s genitals.

The Illinois Department of Corrections was given pictures of the activity and is now investigating. The acting director, Rob Jeffreys, said in a statement to BuzzFeed News that the department is dedicated to “fostering a culture of tolerance, inclusion, and respect in our correctional facilities.” The department stated that the disciplinary process is underway for the 25 confirmed current employees. Injustice Watch says the department declined to view all the evidence or investigate commenters claiming to be current employees whose identities were not verified.