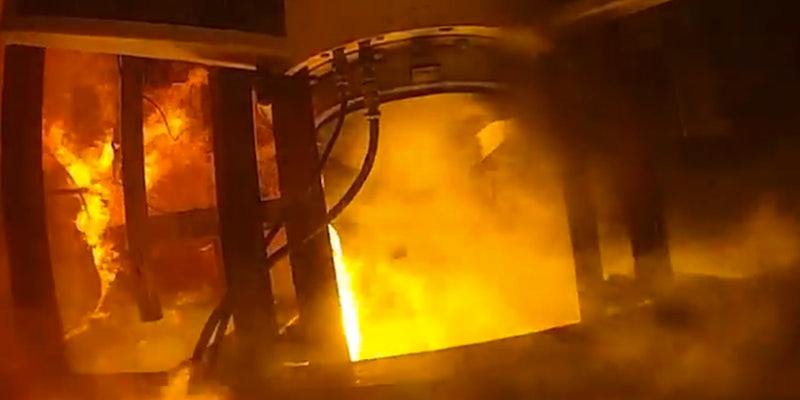 GoPro is dropped into a rocket engine inferno and survives

The GoPro's totally got this.

GoPros have been everywhere: in animals’ mouths, in boiling water, in a dishwasher. Now, one has survived the infernal power of a rocket engine.

If you’ve ever been curious what it’s like to stare into the raging inferno that is a rocket engine, the folks at Copenhagen Suborbitals, a “nonprofit suborbital space endeavour,” have got you covered. According to the video description, this clip “features recordings at 240 frames per second from a GoPro HERO3 camara that survived the HEAT2X engine test.”

The last minute is equal parts terrifying and mesmerizing, as the GoPro falls off its mount and into the raging hellfire. Where could it possibly go next?