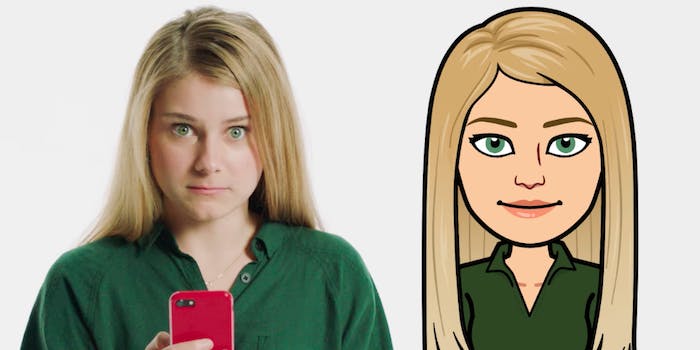 Gen Zers are apparently putting Bitmojis on their Instagram-esque résumés

One employer received a résumé with a sweating Bitmoji on it to show that the applicant was willing to hustle.

In the past few decades so much has changed. Technology has gotten smaller, sleeker, and generally more efficient. There’s an app for everything, from giving you real-time directions to your favorite restaurant to helping you hook up with the hottie at your local Trader Joes. Reports also keep warning us that robots are going to take all of our jobs soon.

Yet, the way we go about landing a job hasn’t changed much. Résumés–in all their boring, formulaic glory–haven’t evolved. Until now, that is.

A new Wall Street Journal report says Gen Z’ers–known as a very progressive, tech-savvy generation–are trying to push for a résumé-evolution by making them more visually appealing and exciting. The report says Gen Zers’ résumés are starting to look reminiscent of Instagram and even Tinder. While some may argue that it’s about time we mix up résumés, the bad news is that the cool résumés just aren’t landing Gen Zers any jobs.

According to the report, one employer received a digital résumé with a sweating Bitmoji on it to show that the applicant was willing to hustle, yet, he didn’t get the job.

Another applicant sent a digital résumé that included a waving Bitmoji on it (to say hello, of course) to an Indiana high school, but that applicant also didn’t land the job.

“There’s a freaking Bitmoji on the résumé,” one school official told the WSJ.

The WSJ also gave other examples of the résumés, which included everything from colorful backgrounds and spiral bounding to elaborate illustrations and pictures of the applicant. One job seeker included a black-and-white photo of herself in a cafe overlaid with personal details, including, “spin aficionado, dog lover, foodie, outdoor enthusiast.” (That applicant–you guessed it–also wasn’t hired.)

While the résumés may be eye-catching, those in positions to hire–most likely Gen-Xers–are refusing to take them seriously.

“I file all the resumes that contain Bitmojis in the same location,” one Twitter user responded, along with a picture of a trash can.

I file all the resumes that contain bitmojis in the same location: pic.twitter.com/82sSvikvQx

You'll be invited for an interview so they can see in person the #Dumbass that thought putting cartoons in a professional document would be a good thing. Btw, you won't be hired

The big takeaway? A good, old-fashioned résumé is hard to beat. But maybe, just maybe, once Gen Zers become the bosses, that will change.