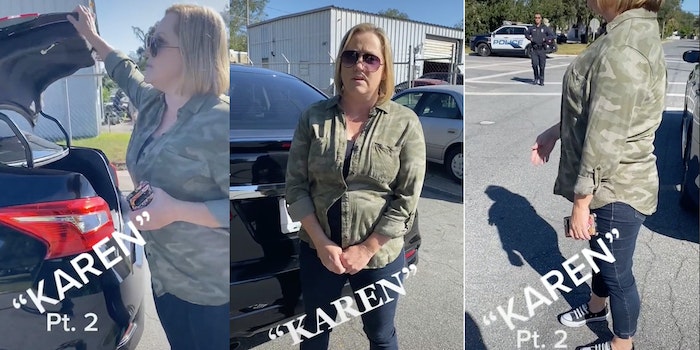 The Karen had an issue with a sign that was "disrespecting the current president."

A confrontation in Florida between a Karen and a TikTok personality posted Thursday is getting attention for a few reasons. First, the conflict is over the woman stealing a sign that allegedly read “Flush Trump,” and the woman mysteriously has her license plate number covered.