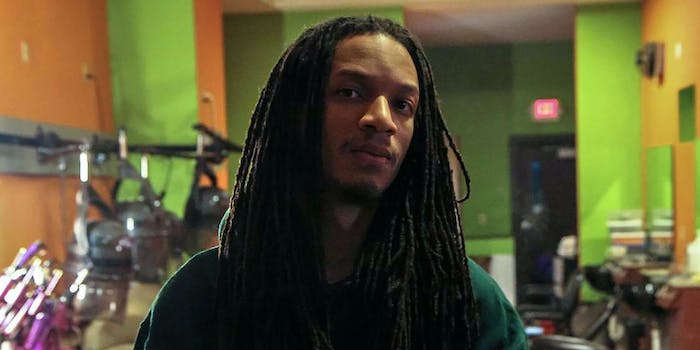 Twitter erupted on Friday as Minnesota residents spoke out about federal police’s fatal shooting of a Black man.

“Preliminary information indicates task force members were attempting to apprehend an individual wanted on a state arrest warrant for possession of a firearm by a felon,” the Hennepin County Sheriff’s Office told the Daily Dot.

While protesters in Minneapolis took to the streets to mourn the loss of another Black man shot by police, users on Twitter posted photos of Smith with his family.

“Say His Name… #WinstonSmith,” one user tweeted along with a picture of Smith embracing two young children.

The Hennepin County Sheriff’s Office said in a statement that Smith was killed because he didn’t follow police instructions. U.S. Marshals allegedly attempted to lure Winston from his car when he drew a firearm.

“During the incident, the subject, who was in a parked car, failed to comply and produced a handgun resulting in task force members firing upon the subject,” the Hennepin County Sheriff’s Office said. Emergency medical services pronounced Smith dead at the scene.

A woman who was also in the car with Smith during the fatal shooting but suffered minor injuries from glass debris, according to the Hennepin County Sheriff’s Office.