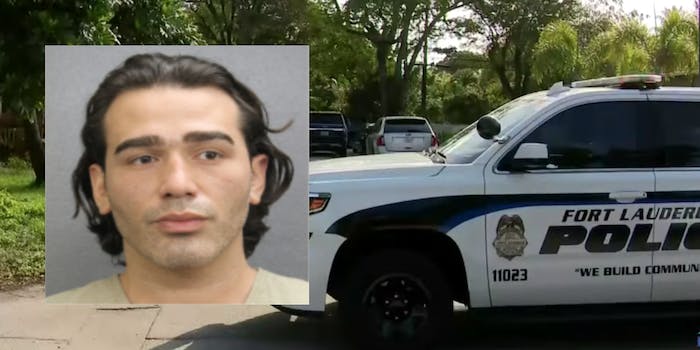 Paul N. Miller, known online as 'Gypsy Crusader,' has been charged with illegally possessing a firearm.

The FBI announced on Tuesday that it arrested a notorious white supremacist live streamer after conducting a raid on his Florida home.

Paul N. Miller, a 32-year-old resident of Fort Lauderdale, was taken into custody without incident and charged with illegally possessing a firearm as a convicted felon.

As reported by NBC 6, a neighbor of Miller, who is accused of having ties to the far-right Proud Boys, stated that he witnessed law enforcement officers leaving the man’s home with what could be a firearm.

“We saw him come outside. They took him out of the house and were walking him around and they ended up taking him back and took him away and everyone was all in uniform,” said neighbor Chase Robison. “We started seeing them come outside with boxes. One box definitely looked like either a shotgun on the front or an AK.”

Miller, according to Daily Beast reporter Will Sommer, is known online as “Gypsy Crusader” and boasts more than 40,000 followers on Telegram.

Sommer goes onto note that some of Miller’s followers have since expressed fears that they could be targeted by law enforcement as well.

Miller’s arrest comes after a grand jury indicted him on the firearms charge on Feb. 25. Although details are scarce, the indictment reportedly stems from a 2018 incident in which Miller is said to have had a firearm.