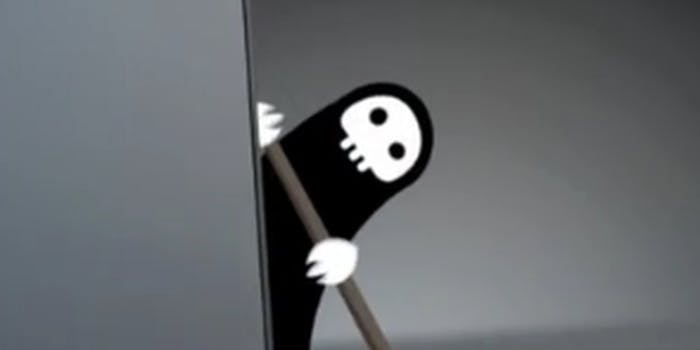 If I Die: On Facebook there’s an app for that

Have any last words? You can leave them on your Facebook page for eternity.

Facebook’s Timeline chronicles the story of our online lives. It’s only fitting that users should have the chance to leave their own epilogue.

Now there’s an app for that. If I Die allows users to record a final message that will be unveiled on Facebook after passing.

“It can be a bid farewell, a favorite joke, a long-kept secret, an old score you wanted to settle, or even some valuable advice,” the app’s creators suggest.

The process can be completed in just three simple steps:

Facebook does have an official process to help family members memorialize deceased relatives on the social network.  But given that Facebook is quickly becoming the world’s largest e-cemetery, there’s a legitimate need for this sort of service.

Internet-savvy folks are clearly intrigued by the concept, too. Shortly after Mashable reported on the app, “If I Die” trended nationally on Twitter, being mentioned more than 2,000 times, according to statistics from Topsy. And the accompanying, introductory video—copied below—has already attracted 60,000-plus views.

What will I leave behind? Click here to find out.