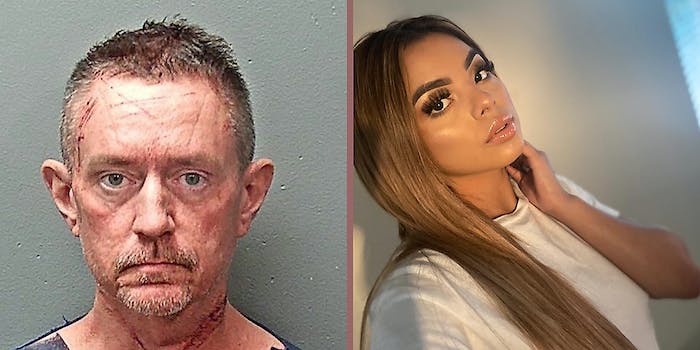 ‘This is so crazy, you guys’: Exotic dancer killed 2 weeks after posting Instagram video of tracking device she found on car

'Check under your cars ladies! This is no joke and sometimes you think it will never be you!'

Abigail Saldana posted a video featuring a tracking device she found on her car. She was reportedly shot and killed two weeks later while driving, allegedly by customer at club where she danced.

The young Texas mom worked as an exotic dancer at Rick’s Cabaret in Fort Worth, Texas, and posted an Instagram video of a tracker she found on her car Oct. 14.

In the video, Saldana takes a black tracking device off the underside of her car and opens it up to see what’s inside.

“This is so crazy, you guys; so crazy. Who would do this?” Saldana says.

The video is captioned: “Check under your cars ladies! This is no joke and sometimes you think it will never be you!”

Saldana also reported the incident to police, according to People.

On Tuesday, police in Fort Worth reportedly found Saldana shot to death in her car. She was reportedly driving on Highway 183 at the time of her death.

Police reported her dead at the scene, according to People. Police reportedly later found that Saldana had been having problems with the suspect, Stanley Szliga, 54, of Irving. According to People, an employee at Rick’s Cabaret told detectives Saldana “had recently been harassed by a customer” and “indicated that Abigail was frightened of Stan because he was stalking and harassing her.”

A SWAT team reportedly forced their way inside Szliga’s apartment on Oct 27, and police say he was “located on a balcony of the residence and was found with several self-inflicted cut wounds on various parts of his body.”

Szliga was reportedly arrested and charged with murder. Online records show that Szliga is being held on a $250,000 bond at the Tarrant County Lon Evans Correction Center in Fort Worth. As of Nov. 2, the investigation is ongoing.