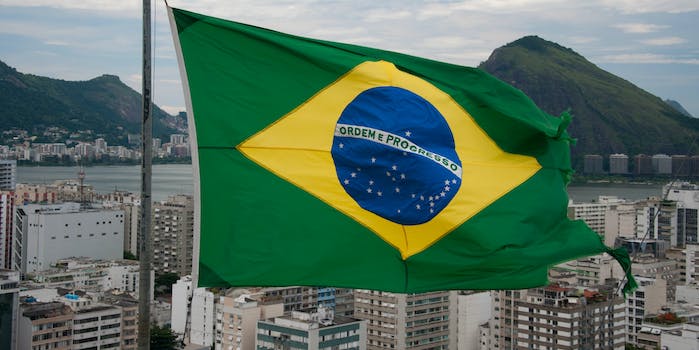 Thanks to the internet, all 8 criminals will face justice.

Eight Brazilian men have been arrested in a transgender woman’s murder, thanks in part to outrage from the international LGBTQ community.

On Feb. 15, transgender woman Dandara dos Santos was forcibly removed from her home in Fortaleza and violently beaten on video by six men. Off-camera, she was later shot and bludgeoned to death. The footage was posted online, and as the international LGBTQ community shared and condemned the video, police were able to identify eight attackers: four men and four teenagers.

“Acts like these, by cowards and vagabonds are not accepted by any good citizen, nor by the police,” Ceará Secretary of Public Security André Santos Costa told Brazilian news network Globo, according to Pink News. “We need more education and guidance for people, to learn to respect others. Intolerance only has bad consequences. The people of Ceará deserve this response and a policy of protecting minorities.”

A report from the New York Times reveals that dos Santos’s murder occurred in Fortaleza’s low-income district of Bom Jardim. Many of the suspects were linked to other crimes, including drug offenses. Maria da Silva, a Brazilian trans woman, lawyer, and trans activist, also warned that Brazil struggles with trans acceptance.

“When you don’t have respect for a segment of population, that ends up in violence,” she said, according to the Times. “Before these things happened and were not seen. Now we are starting to combat this.”

The eight arrests are also largely linked to the video’s online presence. As footage circulated, police were able to identify and arrest suspects. The availability of the internet, da Silva implies, allows those in the trans community to amplify their voices against crimes that previously “happened and were not seen” by the public at large.

Dos Santos’s murder follows shortly after three transgender women were killed in Louisiana; at least seven total trans women have been killed in the U.S. so far this year. Most victims were transgender women of color, reflecting an ongoing pattern of racism and transphobia seen in the murders.