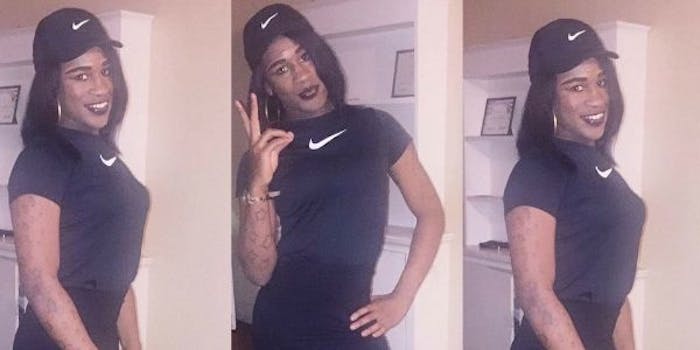 A third slain trans woman has been identified in Louisiana

Jaquarrius Holland was also misgendered by the press.

An 18-year old transgender woman was murdered on Feb. 19, making her the third trans woman to be killed in Louisiana in the course of two weeks.

According to local news sources KARD and KTV, Jaquarrius Holland was shot and killed after a verbal altercation. But local coverage on Holland’s death proceeded to misgender her, and continues to do so. As a result, Holland’s death did not enter the national news cycle until only recently, when loved ones pushed back against the incorrect reports.

Holland’s friend Chesna Littleberry confirmed that Holland was a transgender woman to Mic. Littleberry, who saw Holland as a younger sister, says she was enormously impacted by Holland. “I’ve struggled with accepting myself and being who I am and she always helped me with that,” Littleberry told Mic. “I want her to rest peacefully.”

A GoFundMe for Holland’s funeral has been set up by Littleberry. Since the campaign began, its $5,000 goal has been met, with additional donations coming in.

“I knew from the first moment we met that I was meant to be in your life and vice versa. I was going to get you that bus ticket to Texas to start a fresh life, but I was a week too short,” the campaign reads. “You were a beautiful soul. You could keep me laughing all day. I loved you because you NEVER stopped fighting to be yourself. You don’t have to fight anymore. We love you!”

Aside from the three murdered in Louisiana, two other trans women were murdered this month. Seven trans women have been slain since the start of 2017.