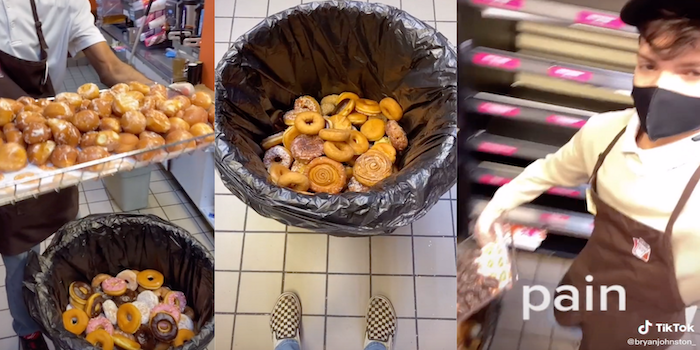 A video showing a Dunkin’ employee throwing away enough doughnuts to fill a garbage can sparked outrage online regarding the company’s food waste practices.