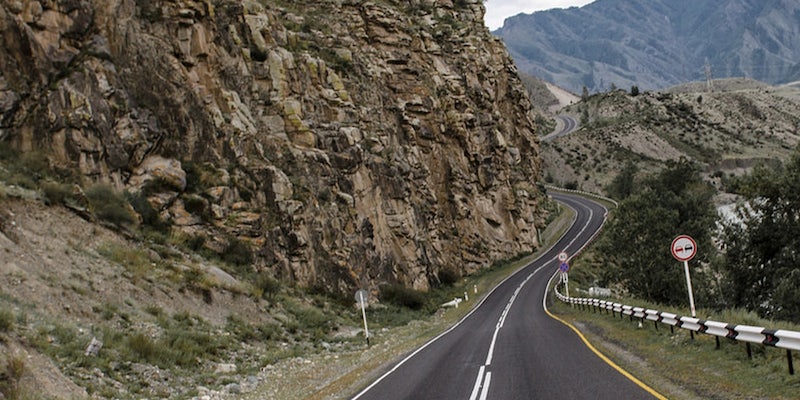 Pull over, get out of the car, and burn your license.

Roughly 40 percent of must-watch YouTube videos prompt the same question: “What the hell was that person thinking?” In this case, don’t try to guess—you might just pull a neuron.

Our dash cam footage below comes from the Russian town of Troitsk, where an allegedly sober driver decided to pass two cars and an enormous truck on a two-lane road. All at once. He would have made it, too, but for that rare phenomenon known as “oncoming traffic.”

The car was totaled, with five injured and four hospitalized, though no one died. Which is strange considering how this dude drives like he’s late for a date with the Grim Reaper.

Photo by Serge Bystro/Flickr (CC BY 2.0)