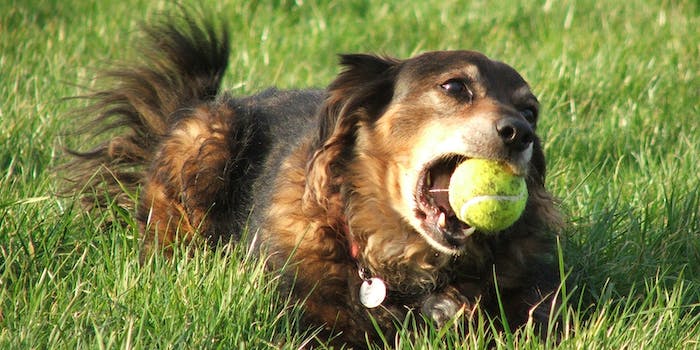 May as well name your next mutt "Sisyphus."

In a perfect world, we’d have no responsibilities besides keeping our dogs entertained. Practically speaking, though, our furry companions sometimes have to keep themselves actively occupied—which is where engineering skills come in handy.

Yes, if YouTube is anything to go by, the concept of a canine-powered catapult for solo rounds of fetch has crossed quite a few minds. Check out this satisfied customer:

And here’s a lovable mutt named Olive using her brand-new homemade Toss-o-Matic 3.5—even though, as her owner notes, she’d still prefer a ball hurled by hand.

The Internet’s best-known fan of such devices, however, is a dachshund named Jerry, whose slingshot-style toy was some two years in the making. Well worth it!

Now if we could somehow get the cat to tease itself, we’d be set.