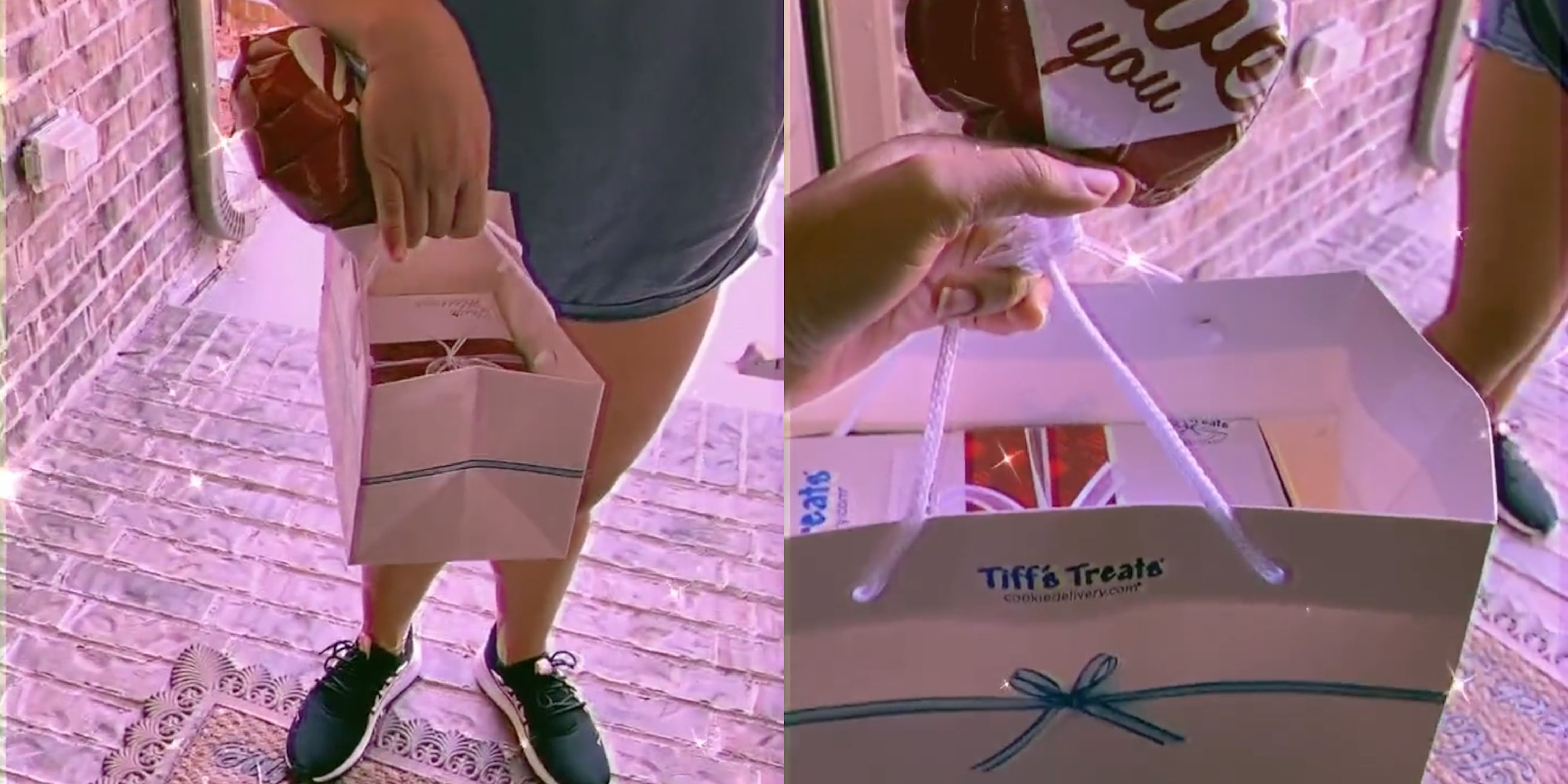 'I love a company with accountability!'

A viral video shows a delivery driver telling a Black customer their “name is so white”, sparking debate on Twitter.

Twitter user @JadeTheTrade, tweeted the video, which she recorded as she opened her front door to accept a delivery from Tiff’s Treats. Her partner sent her some treats, and what was meant to be a cute surprise turned into a microaggression.

Her tweet has about 9,600 retweets and more than 600 replies as of Sunday.

In the video, it appears that the delivery driver was setting the order down on the porch. But when the customer opened the door, the driver picked the order back up to hand to her.

As she handed the order to the customer, the driver loudly said “Good morning,” but her voice trailed away.

“You were not what I was expecting,” the driver said. The customer replied, “Huh?”

“Your name is so white,” the driver said.

The remark prompted a slew of comments from other Twitter users, expressing shock and frustration. Several users tweeted scenes from movies and TV shows that had the “same energy” as the Twitter video.

The customer said on Twitter that Tiff’s Treats quickly reached out to her and apologized for the incident. The driver is not a Tiff’s Treats employee but part of a third-party delivery service, the company told her.

“Bout to get free cookies for a year..” the customer wrote in a tweet that included an alleged screenshot of a Twitter message from Tiff’s Treats.

“Even though this was not our driver, we have contacted the delivery company directly and they have assured us that she will never deliver for us again,” the company wrote in the Twitter message.

In another Tweet, the customer wrote that the chief operating officer of Tiff’s Treats told her over the phone that the delivery driver will no longer be making deliveries.

“And my cookies will be on the house for quite some time. we still stan Tiff’s Treats,” the customer added in the tweet.

Other Twitter users applauded how the company handled the situation.

“yess they handled the situation with so much class! anddd free cookies?? love that,” one user wrote.

“Shout out to that customer service though,” another user replied to the customer.

“@tiffstreats I love a company with accountability!!!!” someone else said.

The Daily Dot reached out to the customer via Twitter DM and to Tiff’s Treats via email.