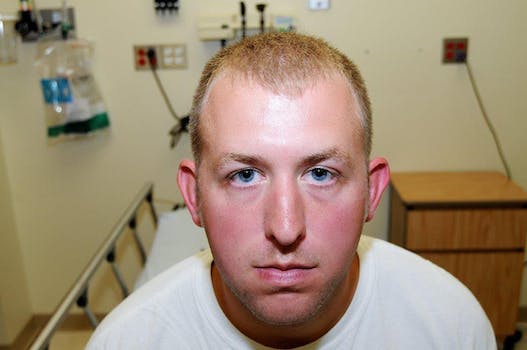 Darren Wilson is no longer a Ferguson Police officer.

More than three months after he entered the national spotlight, Wilson’s decision to resign punctuates a season of unrest, which a St. Louis grand jury reignited this week with its decision to not indict Wilson in the death of Michael Brown, an unarmed Ferguson 18-year-old whom Wilson killed on August 9.

Wilson, 28, had been on paid leave in the months following the shooting death of Brown. According to NPR, Wilson’s resignation, announced by attorney Neil Bruntrager, is effective immediately.

According to the St. Louis Post Dispatch,  Wilson decided to step down after unspecified threats suggested that his continued employment would result in violence.

In his resignation letter, Wilson explained his decision:

“I have been told that my continued employment may put the residents and police officers of the City of Ferguson at risk, which is a circumstance that I cannot allow. For obvious reasons, I wanted to wait until the grand jury made their decision before I officially made my decision to resign. It was my hope to continue in police work, but the safety of other police officers and the community are of paramount importance to me. It is my hope that my resignation will allow the community to heal.”

Wilson stated that the choice was “the hardest thing I’ve ever had to do.”

“I’m resigning of my own free will,” he said. “I’m not willing to let someone else get hurt because of me.”