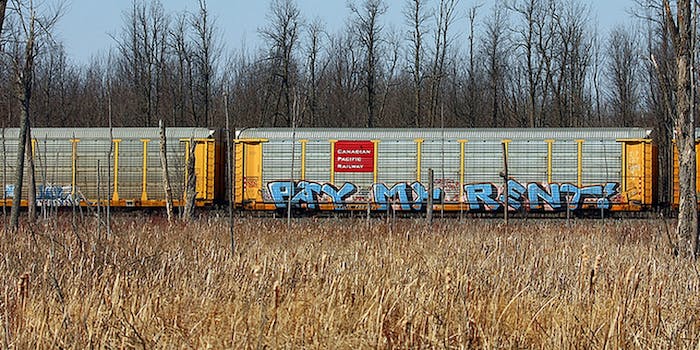 Is crowdfunding the new way to pay your rent?

Does it change the mission when it goes from personal project to personal survival?

We’ve all experienced the twinge of panic on the first of the month. But if you can’t make your rent, is it OK to co-opt crowdsourcing platforms like Kickstarter or Indiegogo to keep a roof over your head?

Baltimore resident Katriel Paige just ended a two-week Indiegogo campaign that raised $1,059 out of a $3,500 goal. The mission was to crowdsource the next three months of rent, while looking for a job. The pitch:

“So, the money I was using to help pay basic things like rent, or to keep my Internet on so I can find work (find work, keep website running, etc) IS BASICALLY OUT as of 10/09/13.

There’s no savings – I’ve been lucky to get occasional projects thrown my way to make money, but what I have immediately goes to making sure I survive another day. I need to pay to see the doctor and my therapist. I need to pay to make sure I’m reachable by employers (phone, email). Etc. I look for work every day, but haven’t found anything yet. And if I move – I don’t have anywhere to move to, nowhere to go.”

This isn’t the first time someone has tried to use crowdsourcing for rent. In April, New York City fashion blogger PJ Gach solicited rent via social media, after being laid off last November, prompting a tsunami of comments about privilege and work ethic. She was asking for $7,700.

Other people have more moderate goals. In June, a man asked for help with his rent on Wishadoo. Elsewhere on Indiegogo, this Minneapolis musician requested help paying “half my dang rent” for the month. Then there’s this brave American citizen, who injured his hand “while messin’ around in the woods,” and needs help with his rent, and also beer money. In fact, type “pay rent” into Indiegogo, and you’ll find three pages of people looking for help, all with varying degrees of success.

Empathy and connectivity are the foundation of crowdsourcing, but does it change the mission when it goes from personal project to personal survival?

“Where does one draw the line between unexpected medical costs, or rent in an emergency situation, or trying to study new things,” Paige told the Daily Dot. “One may seem like a personal project, but at the same time, it’s wanting to make sure you’re not losing too much in doing so… I’m sorry, but I find it really hard to judge whether one is ‘more worthy’ than the other, or one is ‘more fitting’ to be crowdsourced than the other. Only the crowdfunding sites really can, in their terms of service. And even then, people will always have a debate over things like that.”

Paige, who currently works a few odd jobs but is still looking for steady work, says people have been supportive, but there’s a more personal detail to the campaign. I asked if Paige identifies as male or female:

“I prefer ‘they’ as a pronoun (singular) as I tend to ID as non-binary when/if I can… This also brings up another point: Some people may say, in cases like this, why I don’t let my family know, or seek help from relatives, but the last time I tried to explain gender and sexuality identifications to my family, they insisted I was mistaken, that some other explanation like a weird cult or drugs had to be involved, something like that. And so I try not to rely on my family much, because it’s now (to me) a conditional sort of acceptance/love/help.”