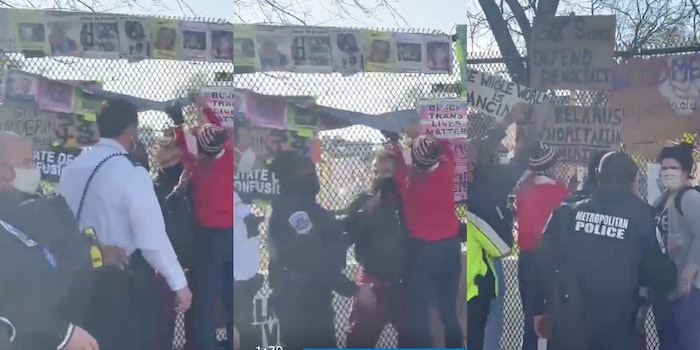 'You mean that a group of giant racist crybabies is being protected by a bunch of racists in blue?'

A video trending on Reddit shows D.C. Metro cops protecting a Trump-supporting “Karen” who is tearing down Black Lives Matter signs, as well as those of other movements, off a fence that’s bordering the White House.