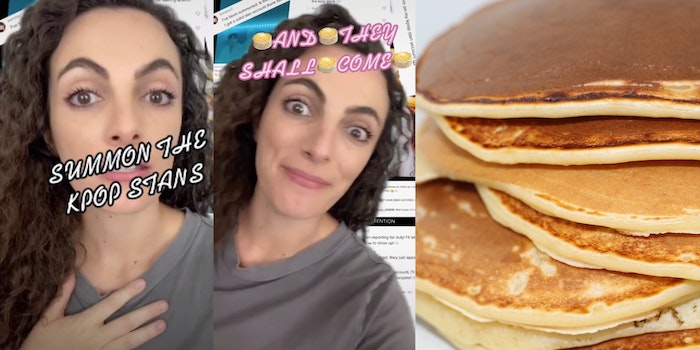 ‘Million MAGA March’ gets trolled with nothing but photos of pancakes

'Shout out to the incredible K-Pop Stans (Twitter royalty) who hijacked the #MillionMAGAMarch hashtag.'

Twitter users are flooding the “Million MAGA March” hashtag with pictures of pancakes, and the movement was spearheaded by none other than TikTokers and K-pop stans.