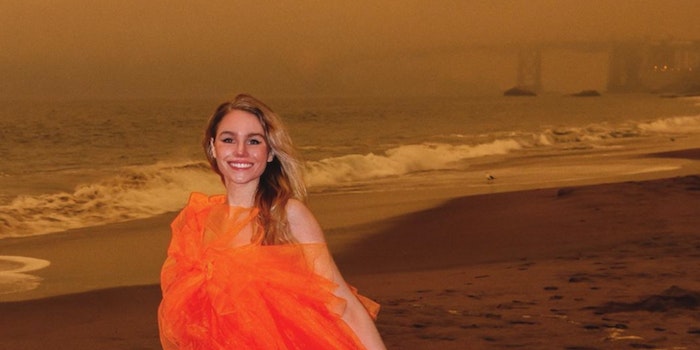 Commenters noted a lack of awareness in the post.

A social media influencer is catching heat for using the smoky California beaches as a backdrop for a recent photoshoot.