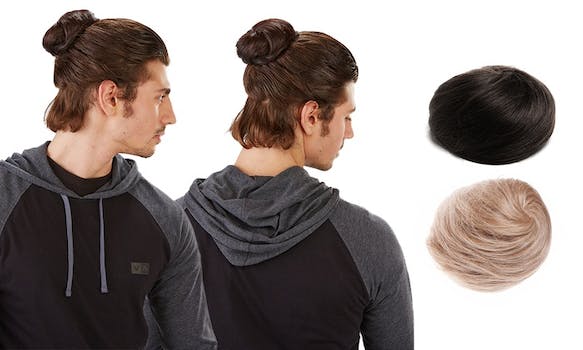 Over 1,000 people have bought clip-in man buns on Groupon

Groupon is the place to be for discount eyebrow waxes and trapeeze classes. And now, apparently, for the hottest new male hair trend: the man bun.

Put simply on Groupon, the accessory is an “attachable hairpiece lets you have a man bun when you want it and take it off when you don’t.” Though why you would ever not want a man bun is beyond me.

The copy, frankly, sounds like a joke. “This attachable—and, equally important, detachable—man bun lets you blend in with your surroundings, putting it on when you smell fair-trade coffee or hear a banjo,” it says, and when you attach it, if you decide “bobby pins are too mainstream, use antique paper clips instead.” Hipsters! Is there anything trend they won’t start, immediately hate, then ironically love, then package for mass consumption?

Oh, @Groupon, giving the people what they want. #manbun pic.twitter.com/lQS2ti07dJ

The man bun is going on Groupon for $9.99, an 85 percent discount from the apparent standard value of $65.34, which seems outrageous for an artificial hair piece, given that real human hairpieces can go for far less. Then again, you can never pay too much for balding protection, so this is really a steal.