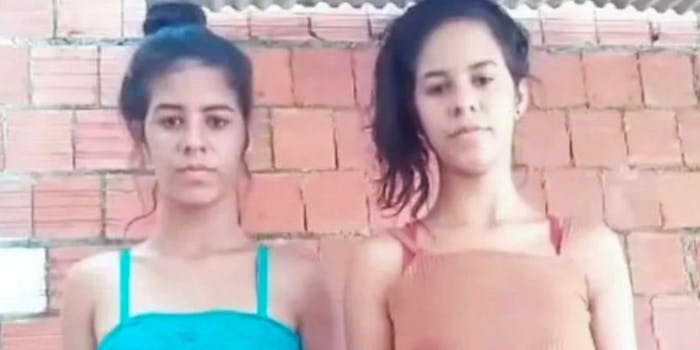 Police arrested one suspect on suspicion of murder.

Brazilian twin sisters, Amália and Amanda Alves, were reportedly executed because they “knew too much” about a drug deal. The entire incident was all captured on Instagram Live.

According to The Sun, which cited local media, the 18-year-olds were forced to kneel on the ground before each was fatally shot. Another report claims they were told to lift their hair into a bun before they were executed.

Both were found dead on the side of a road behind a housing complex in Pacajus, Ceará, hours after they were killed, the Daily Mail reports.

The brutal murders were allegedly broadcast live on Instagram; the footage has been viewed thousands of times, Brazilian media reports.

Law enforcement arrested one suspect, 17-year-old Mateus Abreu, on suspicion of murder. Local media claims Abreu, who has various prior arrests, shot one of the sisters at least twice before firing four bullets at the other’s body.

Amália leaves behind a 6-month-old son, while Amanda is survived by a 3-year-old daughter, the Sun reports.