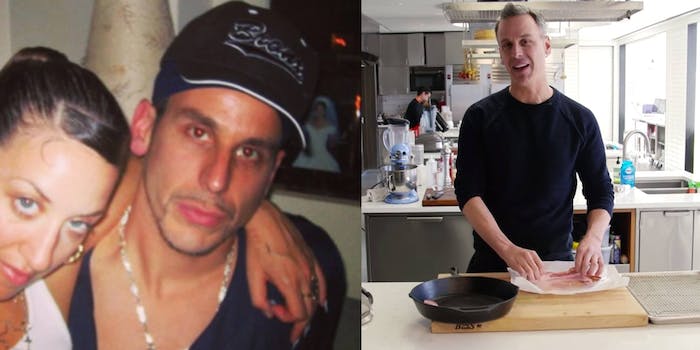 'I'm appalled and insulted by the EIC's choice to embrace brownface.'

Adam Rapoport, the editor-in-chief of food magazine Bon Appétit, has resigned in response to an outcry by the magazine’s staff and social media users after a photo of him in brownface surfaced online.

Freelance food and drinks journalist Tammie Teclemariam tweeted a photo Monday morning that appeared to show Rapoport and his wife, Simone Shubuck, in brownface as part of a Halloween costume. Teclemariam found the photo on Shubuck’s Instagram profile. Underneath the photo, Shubuck wrote “me and my papi.”

“I do not know why Adam Rapoport simply doesn’t write about Puerto Rican food for @bonappetit himself,” Teclemariam wrote.

Shubuck deleted the photo, which was posted on Halloween in 2013, from her profile on Monday following Teclemariam’s post. Several current and former employees of Bon Appétit have spoken out about the brownface photo and shared other unpleasant experiences they said they’ve had at the publication.

“I’m likely courting internal reprimand,” tweeted Joseph Hernandez, a Bon Appétit research director. “But I’m appalled and insulted by the EIC’s choice to embrace brownface in the photo making the rounds. I’ve spent my career celebrating Black, Latinx, Indigenous, Asian, and POC voices in food, and this feels like an erasure of that work.

Sohla El-Waylly, an assistant editor at Bon Appétit, called for Rapoport’s resignation in a message posted on her Instagram story and said the magazine only pays white editors when they appear in the company’s videos.

“I am 35 years old and have over 15 years of professional experience,” El-Waylly wrote on Instagram. “I was hired as an assistant editor at 50k to assist mostly white editors with significantly less experience than me. I’ve been pushed in front of video as a display of diversity. In reality, currently only white editors are paid for their video appearances. None of the people of color have been compensated.”

Priya Krishna, a food writer who has contributed to the New York Times as well as Bon Appétit, also took to Twitter to condemn Rapoport’s use of brownface in the photo.

“As a BA contributor, I can’t stay silent on this. This is fucked up, plain and simple. It erases the work the BIPOC on staff have long been doing, behind the scenes. I plan to do everything in my power to hold the EIC, and systems that hold up actions like this, accountable,” Krishna tweeted.

In an Instagram post Monday evening, Rapoport apologized for the photo and announced his resignation from the magazine.

“I am stepping down as editor-in-chief of Bon Appétit to reflect on the work that I need to do as a human being and to allow Bon Appétit to get to a better place,” Rapoport wrote on Instagram. “From an extremely ill-conceived Halloween costume 16 years ago to my blind spot as an editor, I’ve not championed an inclusive vision. And ultimately, It’s been at the expense of Bon Appétit and it’s staff, as well as our readers. They all deserve better.”