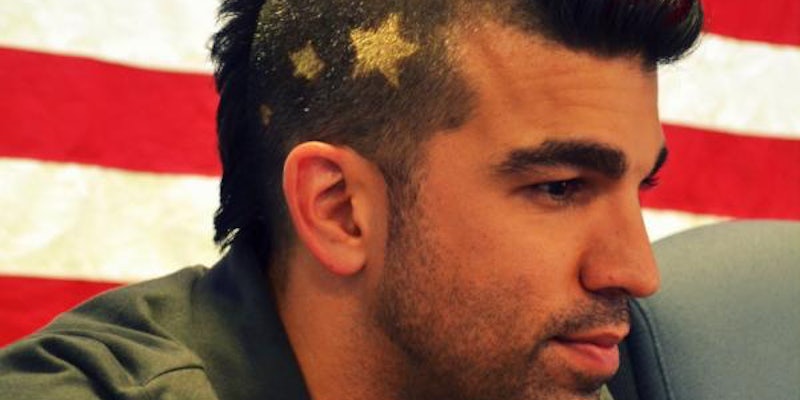 Who's that handsome NASA engineer with the kickass mohawk? It's Bobak Ferdowsi, the Internet's new hero.

There are a number of reasons why Bobak Ferdowsi is the new darling of the Web. He’s an entertaining tweeter, sports a smashing mohawk hairstyle, and helped land a rover on the surface of Mars.

Ferdowsi, activity lead for the Mars Curiosity project, became the focal point for many of those watching a livestream of the nerve centre at NASA’s Jet Propulsion Laboratory near Los Angeles early Monday. His hairstyle, which changes for each mission, caught the imagination of viewers. Along with the mohawk, he had star shapes shaved into his head.

Once his Twitter account was discovered, the number of followers he had exploded from fewer than 200 to more than 15,000. His fun tweets certainly helped:

I just mixed grape protein with cherry juice, and it tastes like all my childhood dreams came true. — July 1, 2011

While livetweeting his way through Mars Curiosity’s descent, he posted an Instagram photo of his view at the command center, tweeting the caption “My view for these last hours. Front row.”

“Just turned off the uplink signal – the spacecraft will operate autonomously through landing. Take care Curiosity. Godspeed. #msl #jpl #nasa,” he tweeted, a little more than an hour before the rover landed.

A Tumblr blog devoted to Ferdowsi popped up, and the NASA employee became a meme.

Ferdowsi took his new-found fame in his stride. Early Monday, he tweeted, “Internet, you win this round. I’ll be back later, but thanks so much. Now going to celebrate with all my friends and team!”