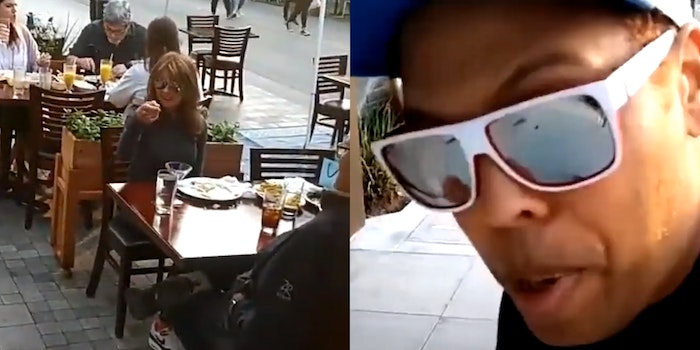 A viral Reddit video shows a belligerent self-identifying Black man at a California shopping center, yelling “white lives matter” to anyone who will listen.