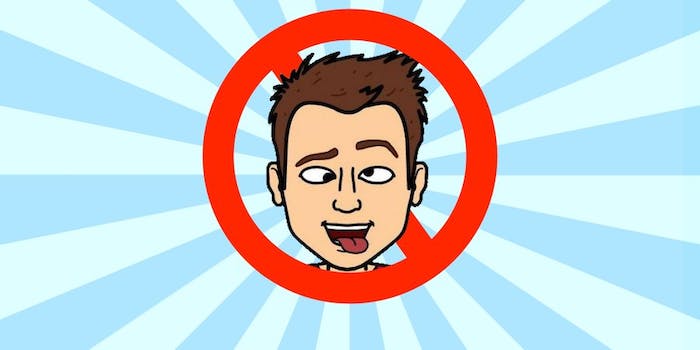 How to eradicate Bitstrips from your Facebook for good

Bitstrips are ruining Facebook, but you don't have to let them.

If all your Facebook friends seem to be posting Bitstrips, those annoying custom cartoons that have spread like a plague across Facebook news feeds since last week, don’t start unfriending people just yet.

There’s an easier way to make sure you never have to see a Bitstrips comic on Facebook again: just find one of the offending posts, click the arrow icon in the corner, and select “Hide All From Bitstrips.” 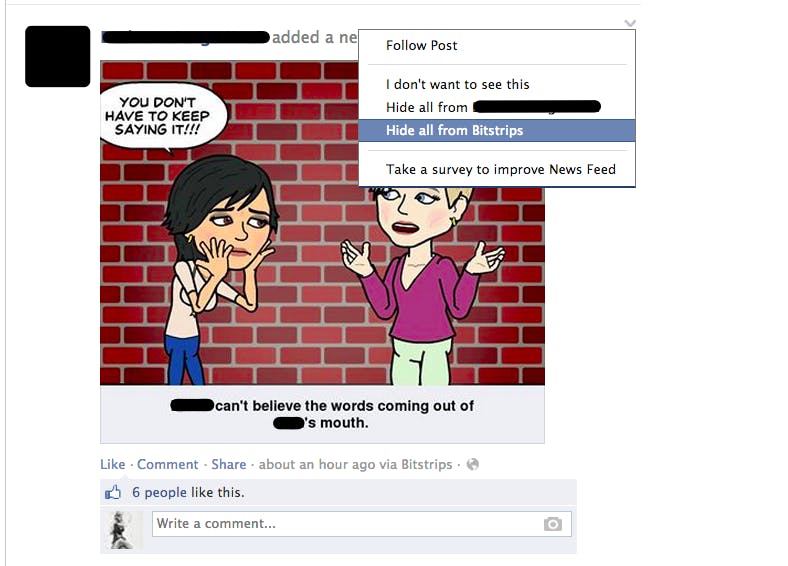 Bitstrips, for those who haven’t been exposed, is a new Facebook meme spreading through an app that allows users to make cartoon avatars of themselves and include thought bubbles and captions. They’re usually inside jokes that only a couple of the user’s Facebook friends will care about.

They’re simple. Too simple. And they’ve caught on with baffling force.

According to DigitalTrends, the app has been downloaded by 11 million people so far. It’s mastered that crazy marketing cycle wherein people start posting endless Bitstrips to their feeds, and then even more people complain about Bitstrips being annoying only to let more and more people know what Bitstrips is.

Bitstrips may never die, so the best you can do is save yourself.

… at least until your friends start uploading their Bitstrips as regular image posts. At that point, we may just have to burn down Facebook and start over.

Update: BuzzFeed has called attention to another method of blocking Bitstrips, and this one doesn’t require finding one of the comics in your timeline. Just click on Account Settings, go to Manage Blocking, and scroll down to Apps. 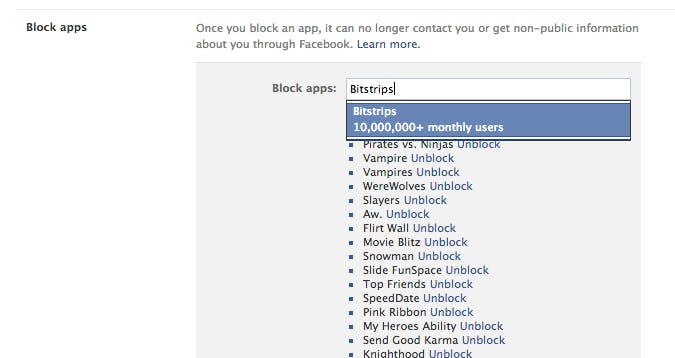