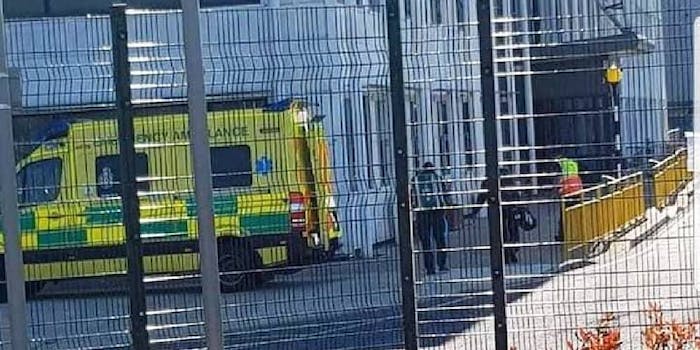 In a Facebook post, trade worker group GMB Union claimed that three ambulances were called Friday to an ASOS warehouse in Barnsley. The group also said workers cannot maintain social distancing and “are still not allowed to wear face masks.”

The union demanded that the workplace be made safe for the workers or that warehouses be closed.

One worker reportedly told GMB they feel the company, valued at $6.1 billion, is “playing roulette” with their lives.

Meanwhile, #ASOSDoTheRightThing trended on Twitter, with many calling for the company to take responsibility. Some also threatened to boycott the retailer.

On Sunday, ASOS defended its decision to remain open and insisted warehouse operations have “appropriate safety measures in place.”

ASOS did not immediately respond to the Daily Dot’s request for comment.

Update 6:12pm CT, March 30: In a statement to the Daily Dot, an ASOS spokesperson pushed back on claims of poor working conditions.

“We totally refute these allegations. They are false and do nothing more than serve to create panic and hysteria in an already uncertain time,” the spokesperson said in an emailed statement. “In line with Government guidance, and with support from the Community Union and Barnsley Borough Council, we are striking the right balance between keeping our warehouse operational, for the good of our employees and the wider economy, and maintaining the health and safety of staff, which is always our number one priority. Since the lockdown, we have introduced a range of additional health and safety measures and the Environmental Health Officer, who visited the site on Friday, confirmed he was happy with the protocols we have in place.”