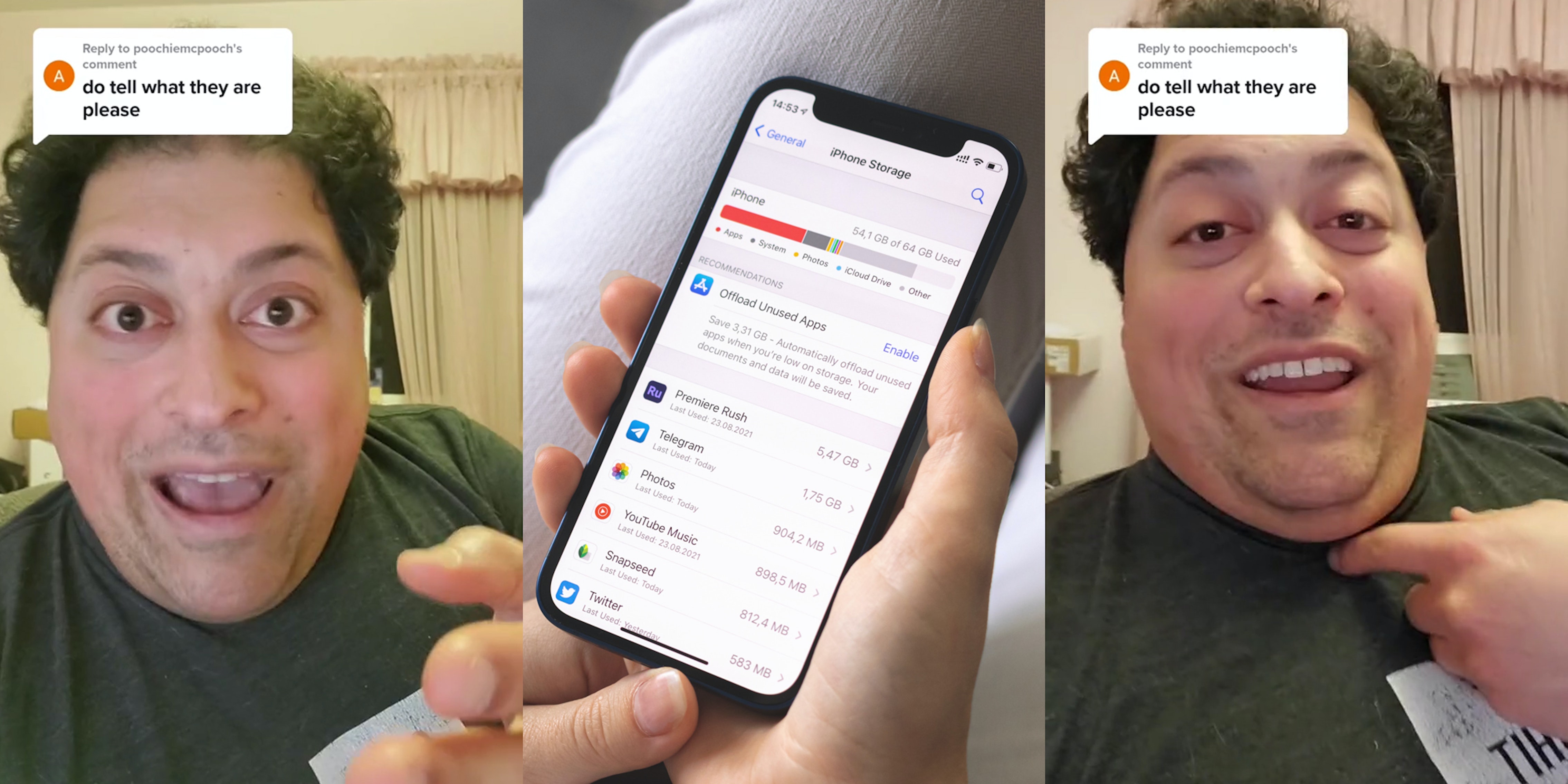 'People are going to buy iPhones regardless.'

A former Apple employee says the company allows an iOS bug to exist so it can fill up consumers’ iPhone storage and hopefully make them want to upgrade.

The former employee posted a video on TikTok (@nabeel_co) sharing how Apple allegedly “scams” its customers. In the video, he says it’s “not your fault” if your iPhone is running out of space.

The TikToker claims there is a “longstanding” bug in iOS that prevents cache files and temp files from being cleared up as they should. Eventually, those files build up more and more until they use up all the extra space on an iPhone.

“Then what do people do? They go out and they buy a new phone,” the TikToker says in the video. “They don’t realize that if they just backed up to iTunes or iCloud, wiped their phone, then restored it from their backup, that they could get all their data back and all of a sudden magically have 20% more free space.”

The TikToker alleges that since the bug sells so many iPhones, Apple won’t fix the problem — even though they know it exists.

The video sparked a variety of reactions among viewers. Some said they have tried to back up their phone and then restore it, but the hack didn’t work as well as people say.

“Every single time I’ve tried to restore from an iTunes backup, I lose an insane amount of my important data. Too much business info. Can’t risk it,” one viewer commented.

Some questioned who actually buys a new phone because their old phone’s storage is full.

“I mean… if people buy new phones because full storage they deserve to be scammed. Phones aren’t a new thing, neither is storage,” one viewer wrote.

“Bro wild eyed and dropping knowledge here. But who buys a new phone when their memory fills up?” another viewer asked.

Others shared their hacks for clearing up storage space on their iPhones.

“I delete all my apps , shut down & then reinstall and I get my space back An ex apple employee told me that,” one user said.

Another user commented, “alternatively just download a movie and it clears temp files. delete movie and the ‘other data’ drops to like 8gb.”

As for Android users, they were quick to swoop in to bash Apple and praise Android.

“Alternatively, clear cache in one click on an Android,” one viewer said.

“Apple is a cult,” a second wrote.

A third commented, “We all knew this. Android is the best.”

The Daily Dot reached out to the creator via TikTok comment and to Apple via email.