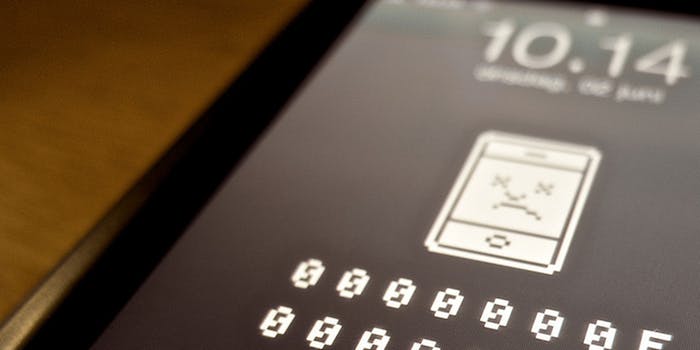 A string of text is causing a few sad Macs.

A new bug in Apple’s CoreText font rendering framework is wreaking havoc on users. A string of Arabic characters is affecting applications using the WebKit engine on Mac iOS 6 and OS X 10.8, and browsers that use Apple’s CoreText API to render text.

Furthermore, if you come across the string of characters (which have no specific meaning) on Twitter, YouTube, or in an iMessage, it will cause your iPhone, tablet, or Mac browser to spiral and eventually crash. Facebook has already taken measures to block the code. If a wireless network is changed to the string of characters, it could also affect anyone searching for a connection. Here’s what it looks like:

Firefox and Windows remain unaffected, and using Firefox as a default browser seems to be one workaround. The crash is a temporary inconvenience, and users will have to update their operating systems to get around it. Still, Apple has apparently known about this bug for six months, long enough for it to find a new nickname: The unicode of death.

The bug’s course of destruction seems to be limited for now, since it simply crashes a browser. But in the wide open Internet, there’s always a chance it could be hijacked for more nefarious purposes. If you want to test the bug for yourself, you can certainly seek out the code.