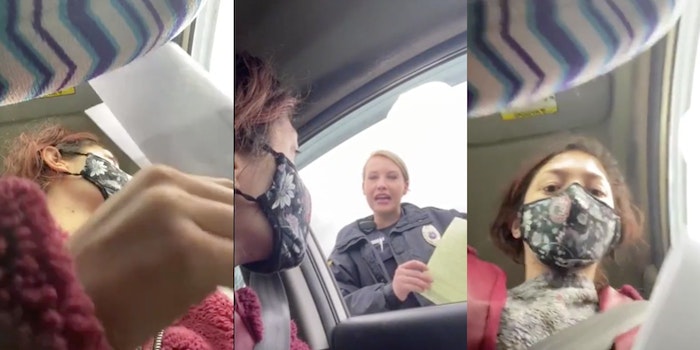 A video trending on Reddit’s r/Bad_Cop_No_Donut page shows an anti-masking Karen cop in Pennsylvania squirming her way out of explaining her not wearing a mask to a driver she just ticketed.