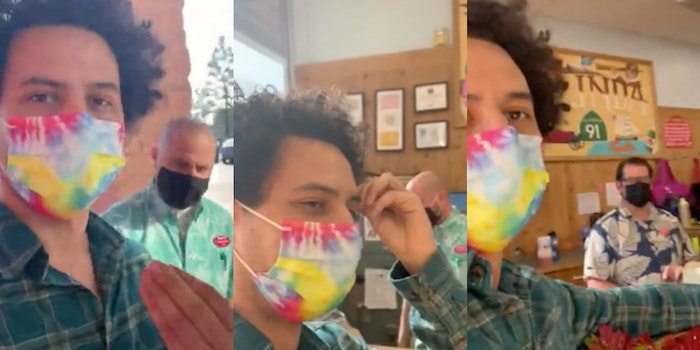 A customer says he was kicked out for asking a woman to wear a mask.

A video that was trending on Reddit’s r/PublicFreakout page on Tuesday shows a patron who says he was refused service and thrown out of a Trader Joe’s after asking another customer to wear a mask.