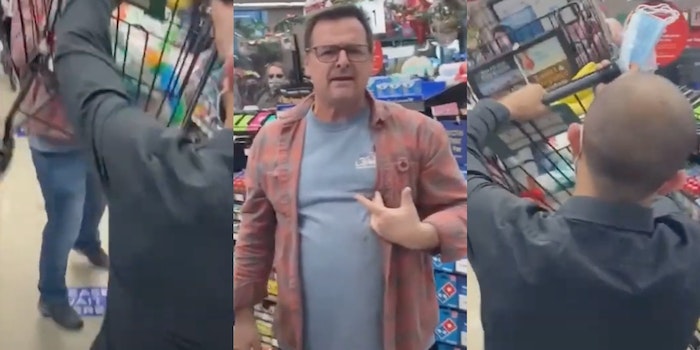 'It's like you can see him realize there will be consequences after he sees the camera haha.'

In a hilarious new video trending on Reddit, an agitated anti-masker in Orange County, California, attempted to assault a store employee with a shopping cart after being confronted about his mask. It didn’t go great.