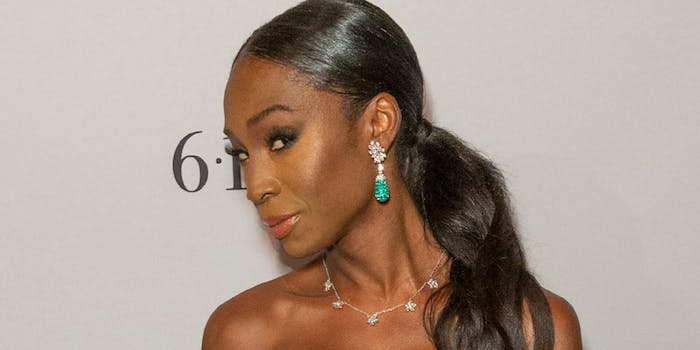 Angelica Ross has had a week.

The 39-year-old Pose star thrilled Twitter when she revealed Wednesday that her search for love was over. She’d found a man and, despite these trying times, was looking forward to seeing how the relationship panned out. It turns out the couple was short-lived, however, after Ross discovered that her new beau was not up for the taking.

Ross shared her newfound relationship with her nearly 74,000 followers on Wednesday. She posted two photos of the duo along with an uplifting sentiment. “Finally found him and have to distance myself from him,” she wrote. “An early test we’re committed to passing. I miss you B.”

Her fans were all over the announcement. The comment section for the tweet was soon overwhelmed with well-wishes and congratulations. Unfortunately, the euphoria didn’t last long. Just one day after her announcement, Ross returned to Twitter to share some far less heartwarming news: Her boyfriend was already taken.

Ross’s newfound significant other not only has a child, but is engaged to the mother of said child. “The internet is AMAZING,” Ross wrote on Twitter Thursday. “I’ve been talking to the mother of his son and fiancé all morning.”

In case Ross’ explanation wasn’t clear enough, one of her fans put it quite well. “For those who don’t get it. Queen Angelica found this man and was dating,” Twitter user Andrew Roby wrote. “She posted this on Twitter and we all REJOICED in excitement. Twitter FBI probably saw the tweet and told Angelica this man has a kid and is engaged. Angelica was talking to his fiancé all morning.”

Ross hasn’t given many follow-up details on the situation, but her fans are eagerly awaiting more. Thursday afternoon, she teased a potential Instagram Live dish-sesh but ultimately changed her mind.

“After talking with my girl @KingAmiyahScott, I realize I am not in any condition to go LIVE on my IG tonight,” Ross wrote. “Going to pray about it instead.”

In the meantime, Ross’ fans are uniting to comfort their jilted queen. And if she ever does decide to go after her short-lived beau, she’ll have an eager online army at her back.