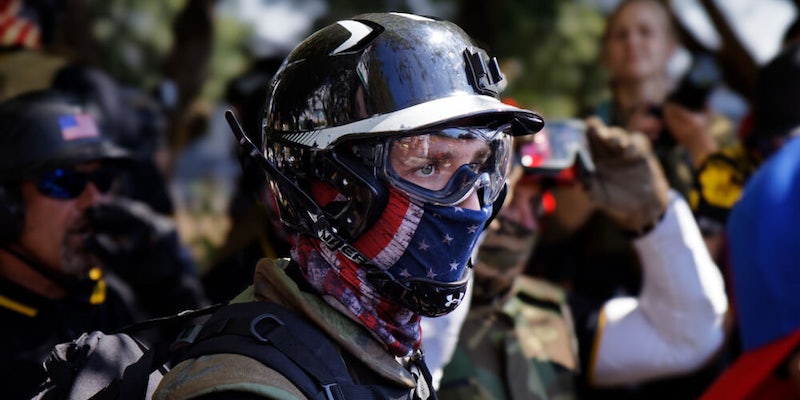 The 3-year-old community has been quarantined by Reddit moderators.

Reddit is an online discussion community that hosts millions of users and visitors. The website contains a multitude of forums otherwise known as “subreddits,” where users are able to discuss specific topics from politics to Netflix shows. But some more extreme groups have taken advantage of this system, such as r/AltRightChristian, where a user recently created a viral post endorsing President Donald Trump’s idea to shoot migrants at the border.

The New York Times this week reported on inside details about an Oval Office meeting that took place in March. More than a dozen White House and administration officials were interviewed by reporters regarding the meeting, in which Trump discussed methods to prevent immigration. Among suggested plans were building a water-filled trench, complete with snakes or alligators, and an electrified wall with spikes on top. On top of all that, the president also suggested that guards shoot immigrants in the legs to “slow them down.”

This story has gained a lot of traction online. Many users took to Twitter to express their disgust and outrage.

“NY Times reporting that Trump proposed digging trenches filled with alligators and snakes to stop immigrants. Also asked if he could order border guards to shoot immigrants in the legs. They actually did a cost analysis. Dear God this man is a monster,” Twitter user @67jewelCDH wrote.

A very different response comes via the subreddit r/AgainstHateSubreddits, which is dedicated to drawing attention to radicalization on Reddit. It shared a link to r/AltRightChristian, where a moderator posted an image of a CNN article regarding the controversy and responded with the words “FUND IT.” The post was well-received on the extremist subreddit, which is three years old but doesn’t share membership numbers.

The “alt-right” (an abbreviation of “alternative right”) is a far-right, white nationalist movement in the United States. It’s often defined as a primarily online movement, taking to websites such as Stormfront to promote white supremacy. It’s also been active on social media sites such as Twitter but within the last few years, more and more associated accounts have been banned.

R/AltRightChristian has been “quarantined” by Reddit administrators. When a sub is quarantined, users are shown a displayed warning for offensive content, and the sub can no longer appear on Reddit or Google’s search results. The subreddit calls for an ethnonationalist state of white people and recommends conservative blog Breitbart news as a “sympathetic” source of information for alt-right readers.