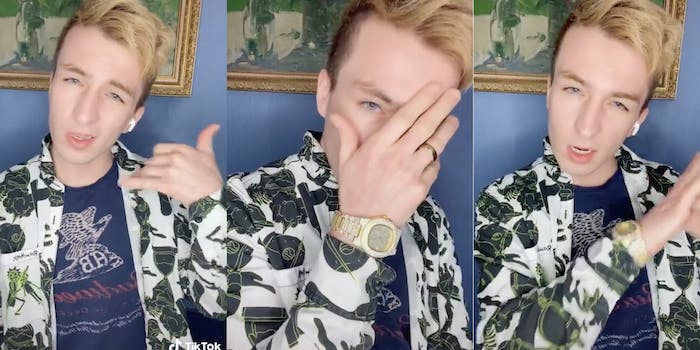 Ali Zabirov was a target of hate and vitriol on social media for his sexual orientation.

Ali Zabirov, an openly gay TikTok star with thousands of followers, was found murdered in a friend’s flat on Aug. 2. He was 23.

According to PinkNews, Zabirov—who went by the name Egor Gromov on Instagram and TikTok—was found lying down on a pillow with signs of beating and bruising around his neck. There were signs of strangulation.

The building’s landlord—a 46-year-old man—was arrested after he alerted police after allegedly finding Zabirov’s body. He told authorities that Zabirov had visited the day prior to borrow money but ended up staying overnight in the flat.

“I tried to wake him up. I called the police myself. What could I do?! If I knew that he was going to die here, would I let him in or what?!” the man told the police, according to the International Business Times.

According to local media reports, Zabirov and the landlord were drinking the previous night when the social media star reportedly tried to seduce the man. Authorities think this may have led to a violent confrontation that resulted in Zabirov’s death.

The police took Zabirov’s friend into custody and launched an investigation into Zabirov’s murder. They’ve suspected the landlord could be responsible for his death.

Zabirov was a target of hate and vitriol on social media for his sexual orientation. His death has led some on social media to criticize Russia’s intolerance of the LGBTQ+ community.

According to IBT, one user tweeted: “Another [waste] of a young life because of hate. What is #Putin so afraid of, being outed? #LoveIsLove.”