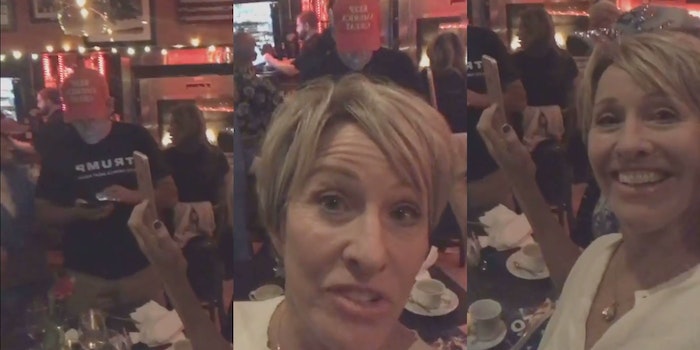 The restaurant is notorious for not allowing masks.

A live stream posted on Reddit shows an anti-mask activist Karen hosting a dinner party at the notorious Basilico’s restaurant in California.