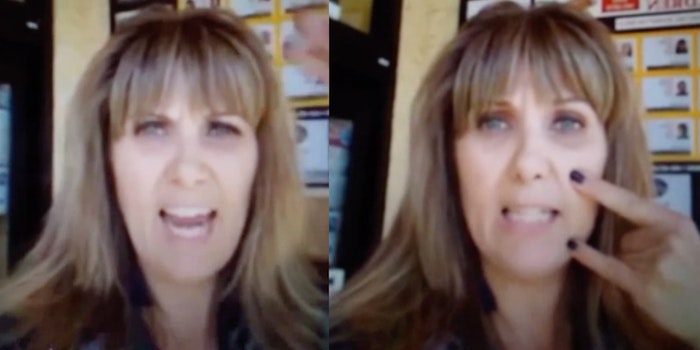 At least she used ASL to sign her anti-mask rant.

A video surfaced online of an anti-masker ranting about not being allowed to shop at her local grocery store in Washington because of its mask mandate.