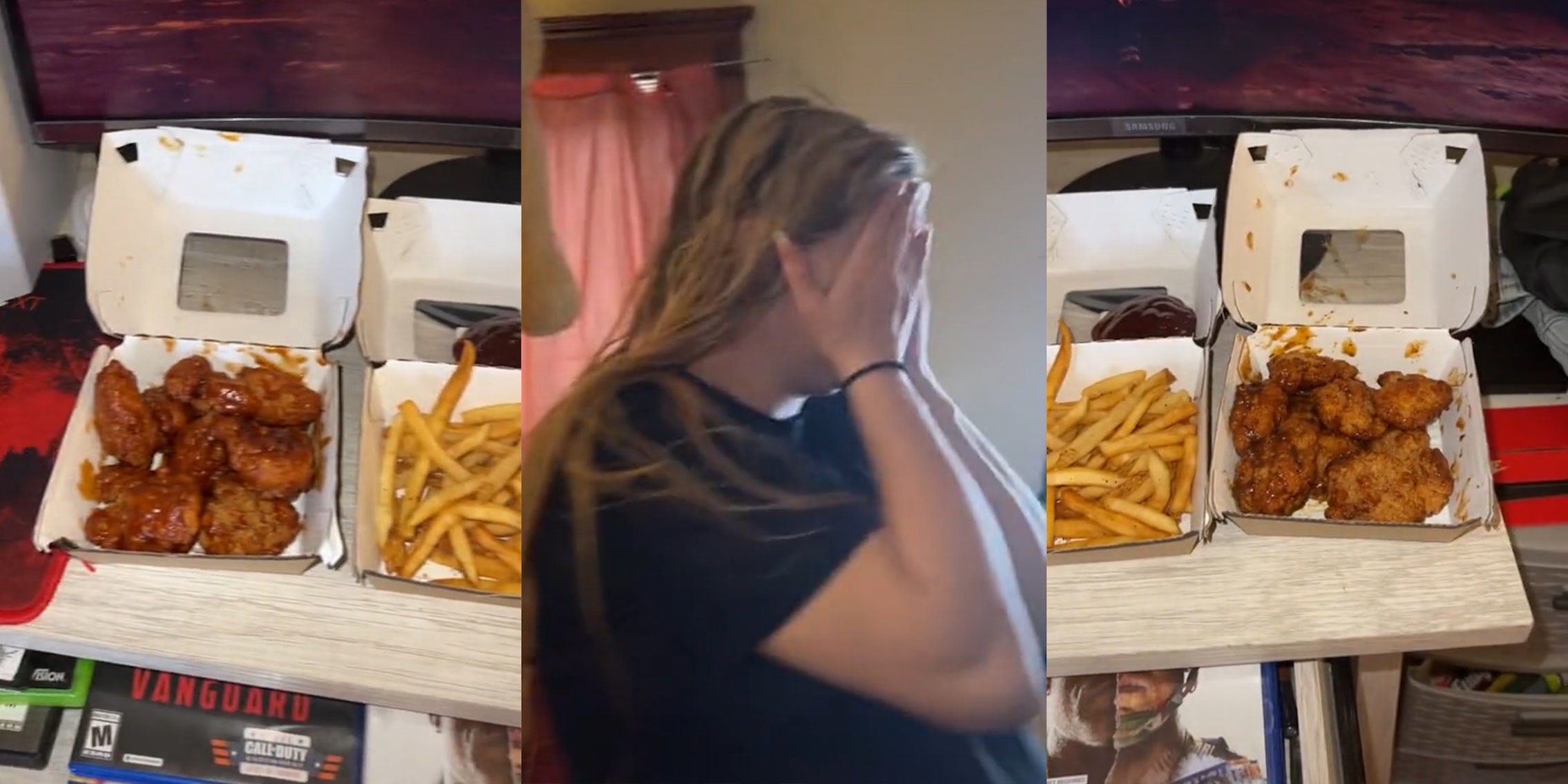 The high service fees and cost of delivery for apps like DoorDash, Uber Eats, and Postmates sometimes raise eyebrows for customers when they receive their order. TikToker Preston Walker (@prestonspams) shared a video showing an order he placed from Buffalo Wild Wings for two 10-piece wings and fries that came out to a whopping $53.

“Me and my girlfriend just ordered DoorDash, and we paid $53 for this,” Walker says in the video.

“Yes! It was including the tip too lol,” Walked added in the caption.

@prestonspams Yes! It was including the tip too lol💴 @emmi9 #prestontalks ♬ original sound – Preston Walker

Some of the comments also disregard some people with disabilities (and others who physically can’t pick up food themselves) who may rely on delivery apps.

“Price of being LAZY,” one of the top comments reads.

“It was a $55 order—a really expensive order for two 10-piece boneless wings and a fry, and somebody wants to comment this, ‘price of being lazy,'” he says in one video. “No, it’s the price of living out of town, me only having my permit, not being able to drive yet, and we were hungry. If I have the money to pay for it, what does it matter? DoorDash is expensive—it’s the price of being expensive and eating good.”

Others agreed with Walker that the price of ordering via DoorDash is high, with some claiming it’s no longer worth it to order through delivery apps.

“I ordered door dash one time in 2020. It cost more for delivery and tip than the food,” another alleged DoorDash customer wrote. “No thanks I’ll go get my own.”

“I can’t justify delivery apps anymore,” a commenter wrote. “It’s cheaper to order from places that offer their own delivery. I tip their drivers well and still save a ton.”

The Daily Dot reached out to DoorDash via email and to Walker via Instagram direct message.