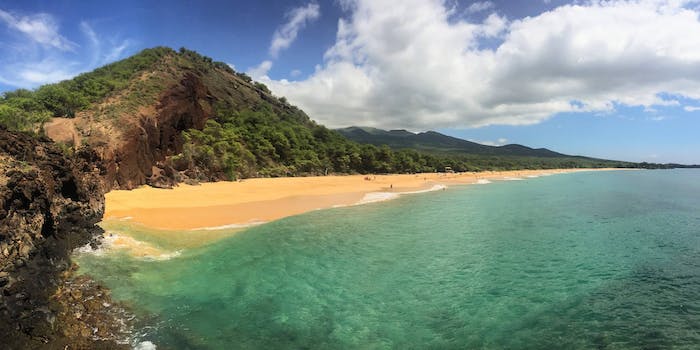 Facebook CEO Mark Zuckerberg probably won’t be getting any friend requests from his neighbors on Kilauea in Hawaii. Residents of the town Kauai are up in arms over a six-foot wall the billionaire is building around his 700-acre property.

Residents say the wall blocks the ocean view the community has enjoyed for years. In addition, the wall reportedly is so high it keeps the cooling ocean breeze from filtering through.

In an interview with West Hawaii Today, Gy Hall, a longtime resident of Kauai, expressed his intense frustration over the wall.

“It’s immense. It’s really sad that somebody would come in, and buy a huge piece of land and the first thing they do is cut off this view that’s been available and appreciated by the community here for years.”

For some residents, this is simply a situation of a monied interest coming into their community and blocking previously public views without consideration of the people who have always lived there. After all, views are free until they’re gone.

Community efforts to contact Zuckerberg have so far been unsuccessful, according to resident Shosana Chantara. She says his employees are scared to pass along the feedback.

“I’ve tried to write a letter to Mr. Zuckerberg more than once. I even met someone on the beach that worked with him. In the end he wrote me and said, ‘I know a lot of people close to Mark and none of them are willing to give a letter because they’re afraid of what his response will be.’ That’s a sad statement.

According to the reality company that sold the $200 million dollar property to Zuckerberg, the wall is merely a matter of keeping highway and road noise down, and it meets all the regulations set by the county. Still, that’s little comfort to longtime residents whose view has been taken away. Our only question is how much road noise could possibly travel over 700 acres of land.